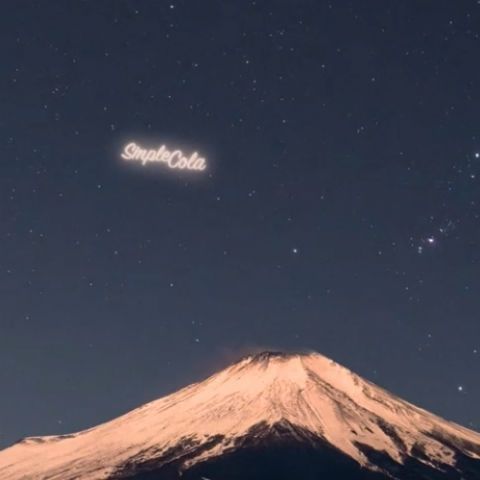 Pepsi was originally reported to have collaborated with Russian startup StartRocket to advertise in space.

A follow-up report said Pepsi had reversed its decision after witnessing a backlash from users across social media.

A Futurism report from four days ago originally said that PepsiCo was collaborating with Russian startup StartRocket to create the world’s first billboard in space using a cluster of cubesats for its energy drink called Adrenaline Rush. A follow-up report from Futurism clarified yesterday that PepsiCo has since reversed its decision to launch such a campaign after witnessing a backlash from users on the internet across social media.

The idea, according to Futurism’s original article, was to create an “orbital billboard”—essentially a really large and bright projection in the night sky—using an array of cubesats (called the Orbital Display) launched and maintained by StartRocket. The Orbital Display, whether it promotes a cola drink or an automotive brand, would turn on when the sky falls dark and turn off when the sun rises. StartRocket explains how the whole system works in its website. The Russian startup uses “Loca-Cola” in its example to show how advertising could be in the future with its cubesats.

“We are creating a media – the orbital display —with potential audience coverage of 7 billion people on the planet,” writes StartRocket in its description about the Orbital Display. “The display orbits on 400-500 km altitude and lets us deliver 3-4 messages/images a day, having a viewable area of 50 km2 using the Sun as a light source.” This means that if PepsiCo had indeed partnered with StartRocket to promote its energy drink sometime in the near future, we would all be seeing a big ad for Adrenaline Rush in the night sky.

StartRocket isn’t the first company to promise big and bright messages and ads in space. In fact, space advertisement has been an ongoing endeavour since the early 1990s. Opposing any attempts to put bright ads up in the night sky until now are astronomers who believe they will cause light pollution, obstructed vision of the sky, and radio noise. In addition, a bill passed against advertising in space in 1993 by US Congressman Ed Markey acted as a speed bump. A big portion of the general public too isn’t in favour of seeing ads in the sky, which is perhaps why the PepsiCo billboard idea wasn’t well received on social media.