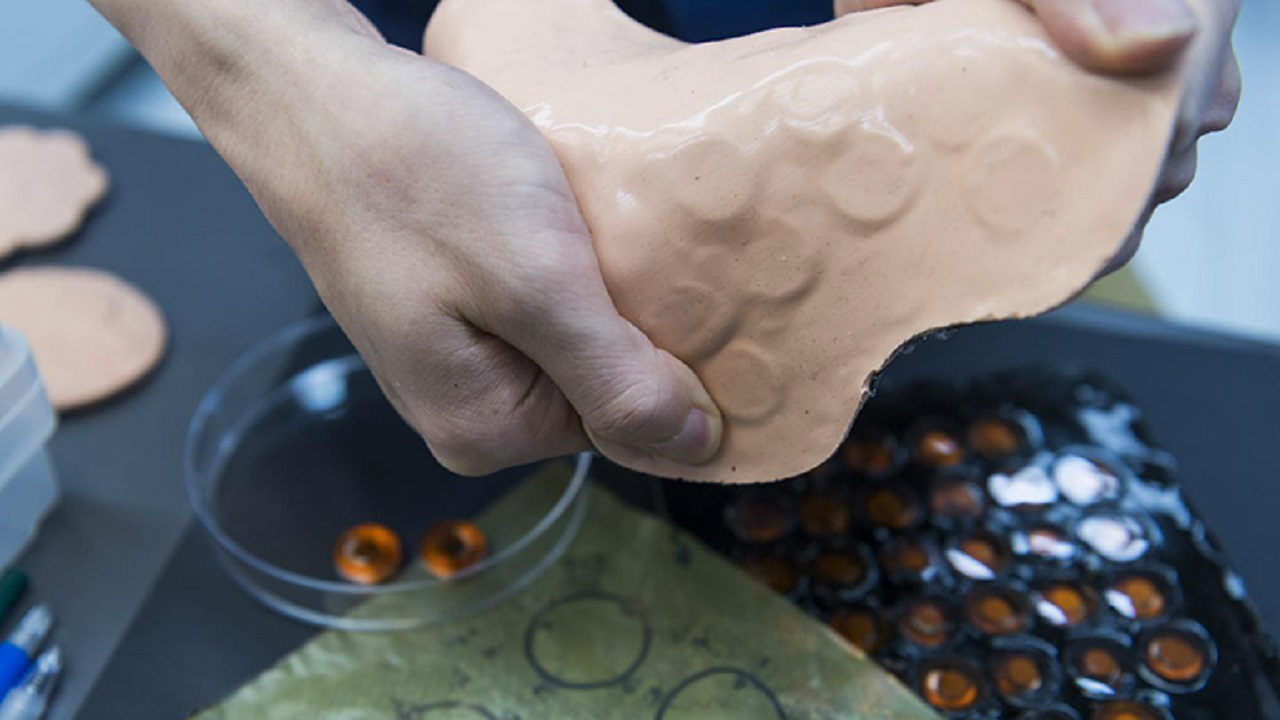 Researchers have now developed a sort of wireless VR skin

The skin will work on wireless technology

It is currently being used in the rehabilitation of prosthetic users

It looks like VR gaming may get a new shot in the arm courtesy of a team of researchers from City University of Hong Kong and Northwestern University. They’ve developed a sort of ‘wearable skin’ that will give users a sense of touch and feeling through vibrations. Currently, it is being used in the rehabilitation of prosthetic users. The device is controlled wirelessly and powered using the same tech as well.

This technology could be game changing in many ways. People who have lost the use of their limbs and require prosthetics can greatly benefit from such technology as well. Earlier, the technology to achieve this effect used actuators that required batteries and wires and was quite a bit of a headache to get working. Now, though, the technology has caught up and we’re finally at the stage where smaller actuators are able to be powered wirelessly.

First reported on Medgadget.com, this new tech comes in a sort of skin-like material that is draped over a users skin. The device comes with a bunch of small chips and antennae that make it less cumbersome that its predecessor. A researcher on the team, Dr. Yo Xinge says,”The haptic actuators can harvest radio frequency power through the large flexible antenna within a certain distance, so the user wearing the device can move freely without the trouble of wires. Thus, we solved the difficult problem of transmission by low-power wireless function and significantly increased the distance of the operation for our system. This system not only saves power but also allows users to move more freely without the trouble of wires.”

This tech could make its way to VR gaming as well, giving gamers actual feedback when playing games. Imagine playing a shooter and feeling a small vibration whenever you’re shot. This would give gamers another layer of intense feedback, immersing us further.

As of now, the tech is only being used in helping prosthetic users but the applications of something like this are truly unimaginable. Check out the video below for a more visual representation of how the technology actually works.