NASA's much-awaited all-female spacewalk is happening today, here's how to watch it live 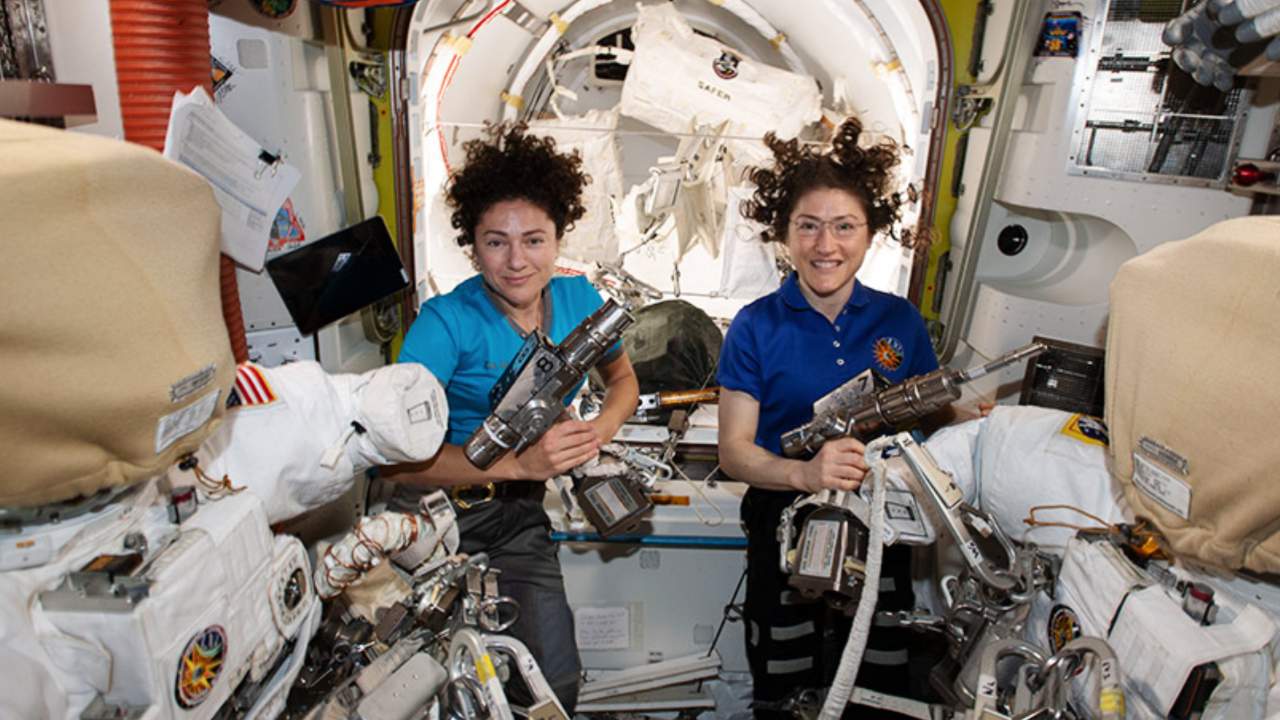 The two women will walk out into space from the ISS

NASA is all set to conduct the first ever all-female spacewalk from the International Space Station. The walk, which will involve American astronauts Christina Koch and Jessica Meir stepping out into space to perform maintenance activities on the space station for up to six hours, will take place at 5:20 PM IST today (7:50 AM EDT). This all-female spacewalk, which was originally planned to happen in March this year, is expected to set a milestone in women's history in space as the world has never seen an all-female ensemble during spacewalks in the past.

How to watch the spacewalk live

The short story is that the two astronauts are stepping out into space today to change a broken battery charging unit on the space station. The long story is that a BCDU (battery charge/discharge unit) aboard the station failed to turn on after new lithium-ion batteries were installed on the station's exterior structure earlier this month. During the walk, the two astronauts will be assisted by Commander Luca Parmitano of the European Space Agency and NASA Flight Engineer Andrew Morgan.

“The unit is one of several that regulate the charge put into the batteries collecting energy from the station’s solar arrays. Though the unit's failure has not affected station operations or crew safety, it does prevent the new batteries from providing increased station power,” writes NASA in its briefing. Today's spacewalk will also mark Meir's first EVA (extra-vehicular activity), and Koch's fourth.

The all-female spacewalk, involving Christina Koch and Anne McClain, was originally scheduled to happen on March 29 this year as part of Expedition 59. Following an unexpected unavailability of spacesuits two days before the spacewalk, NASA was forced to pair Koch with Nick Hague for the scheduled walk. McClain was slated to walk with David Saint-Jacques later in April. You can read more about that here. Today's spacewalk is part of Expedition 61.