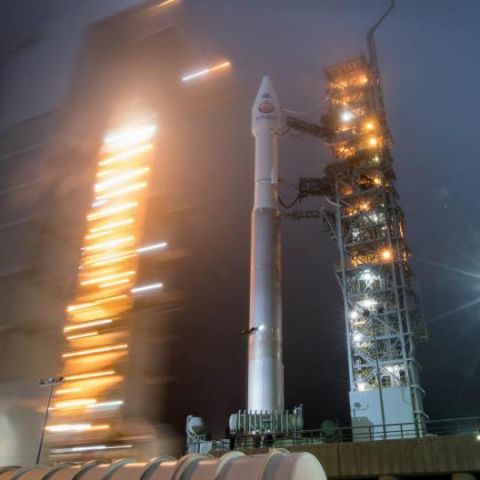 NASA's InSight mission to study the deep interior of Mars blasted off to the Red Planet on Saturday aboard a United Launch Alliance (ULA) Atlas V rocket from California's Vandenberg Air Force Base.

"Humanity's next mission to Mars has left the pad! NASAInSight heads into space for an approximately six-month journey to Mars where it will take the planet's vital signs and help us understand how rocky planets formed," NASA tweeted soon after the launch at 7:05 AM (4:35 PM India time).

InSight, short for Interior Exploration using Seismic Investigations, Geodesy and Heat Transport, will study the deep interior of Mars to learn how all rocky planets formed, including Earth and its Moon. The lander's instruments include a seismometer to detect marsquakes, and a probe that will monitor the flow of heat from the planet's interior. InSight will be the first mission to peer deep beneath the Martian surface, studying the planet's interior by measuring its heat output and listening for marsquakes, which are seismic events similar to earthquakes on Earth.

It will use the seismic waves generated by marsquakes to develop a map of the planet's deep interior. The findings of Mars' formation will help better understand how other rocky planets, including Earth and its Moon, were created.