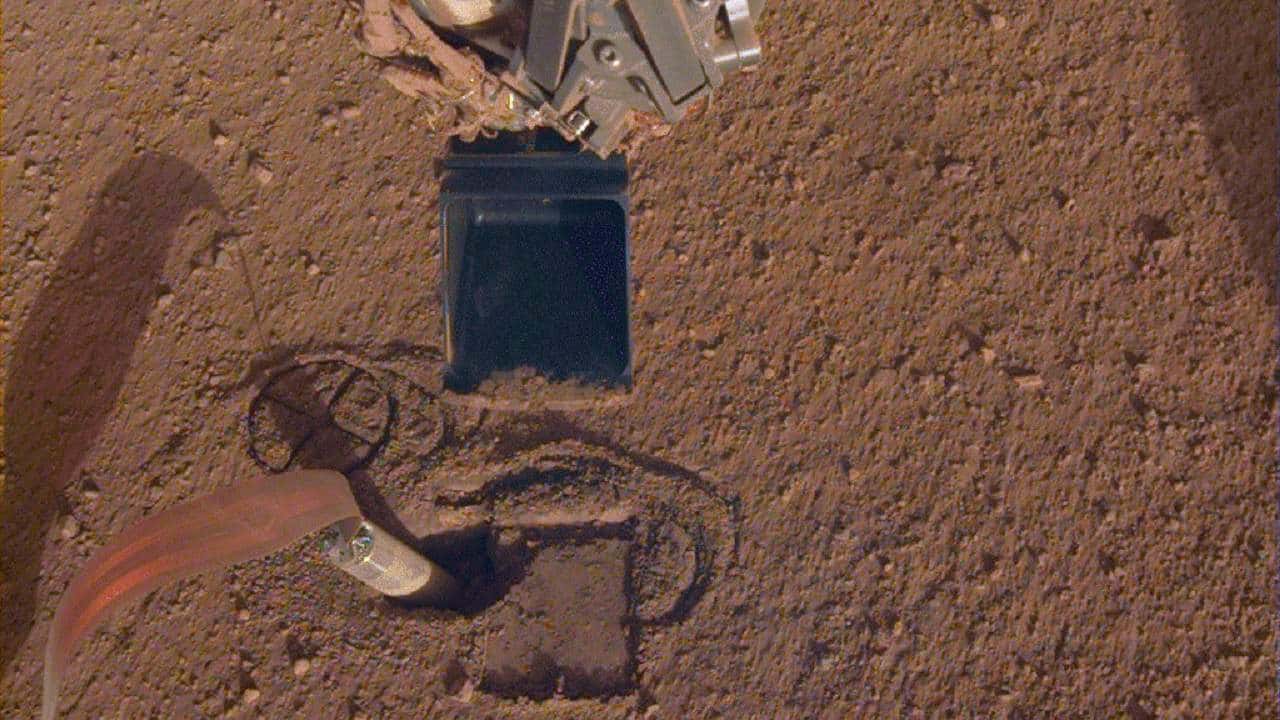 The InSight rover’s heat probe is called the mole

It has dug about 2 centimetres in the last week

Ever since its landing on Mars late last year, NASA’s InSight rover has been struggling to dig into the coarse, rocky surface of the Red Planet because of la ack of friction. The rover was supposed to deploy its heat probe, which is also called “the mole”, to dig as deep as 16 metres into the soil to study it. As of last week, the mole had barely penetrated the soil. Luckily, NASA has begun to use a new method that’s showing some positive results. Since October 8, the mole has gone in by about 2 centimetres, which is three quarters of an inch.

According to an update published recently by NASA, the agency is now employing a new method to drive the mole in. Called pinning, the new technique involves using the scoop of the rover’s robotic arm to press the mole. This apparently gives the mole the friction needed to bury itself in the soil and continue digging. NASA reports that since October 8, the mole has hammered 220 times over three separate occasions. Images taken of the mole since then show progress.

“The mole still has a way to go, but we're all thrilled to see it digging again,” says Troy Hudson of NASA’s Jet Propulsion Laboratory in Pasadena, California, who is key to the success seen in the last few days. According to NASA, the new technique had to be tested extensively on Earth before it could be employed on InSight. The mole is now expected to continue digging. If it stops again, NASA might throw some soil on top of the mole to add more mass to it. This way, the mole won’t suffer from its own recoil so much the next time it hammers.

NASA launched InSight from Earth on May 5 last year. On the Red Planet, the stationary rover is expected to dig into the soil to understand the planet’s evolutionary history. With the help of the mole, InSight is expected to relay information about the size, thickness, density, and overall structure of Mars’ core, mantle, and crust. With the new technique that NASA has now begun to employ, the mole’s rate of penetration is expected to go up.