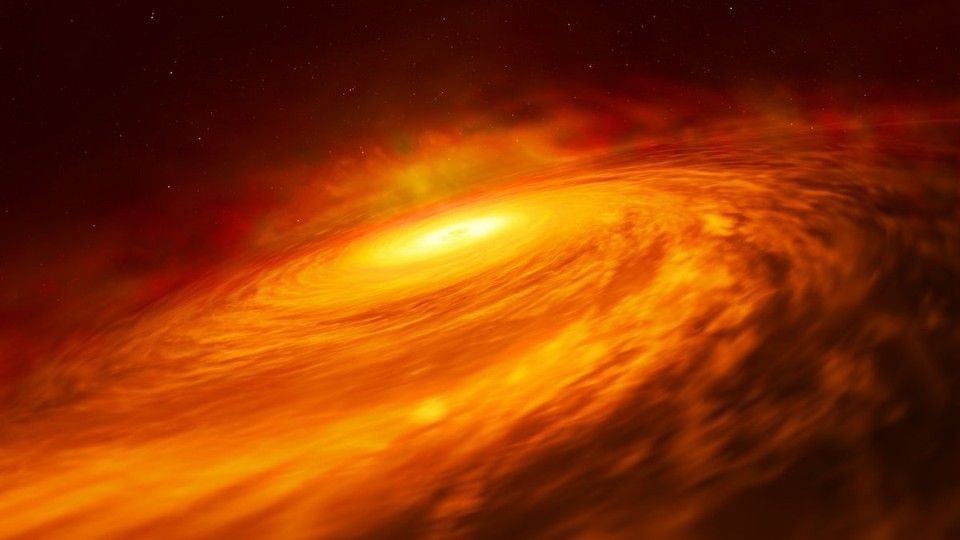 It is located about 130 million light years away from Earth.

Several galaxies hide supermassive black holes at their center, but NGC 3147 is not just another galaxy with a black hole at heart. This particular black hole, spotted by a team of scientists using NASA’s Hubble Space Telescope, shouldn’t exist, according to the current theories about the universe. The supermassive black hole weighs about “250 million times more than the sun,” says a journal in Monthly Notices of the Royal Astronomical Society that was published on July 11. The surprising bit about the black hole is that its edge is encircled by an accretion disk, which contains debris and gas but the disk shouldn't be there.

The black hole at the center of NGC 3147 is approximately 130 million light-years from Earth. The surprising discovery is that the astronomical object is malnourished since isn't enough gravitationally captured material to feed it regularly. Such black holes are said to puff up incoming materials rather than flattening them like a disk as this is generally observed in well-fed cosmic entities. However, this particular black hole is spotted with a disk of materials moving around it at 10 percent the speed of light.

Lead author on the study, Stefano Bianchi, says, "This is an intriguing peek at a disk very close to a black hole, so close that the velocities and the intensity of the gravitational pull are affecting how the photons of light look,"

So this type of black hole should not exist, at least according to the current astronomical theories, but it does. It is also said to be a unique, real-world demonstration of Einstein's laws of relativity.