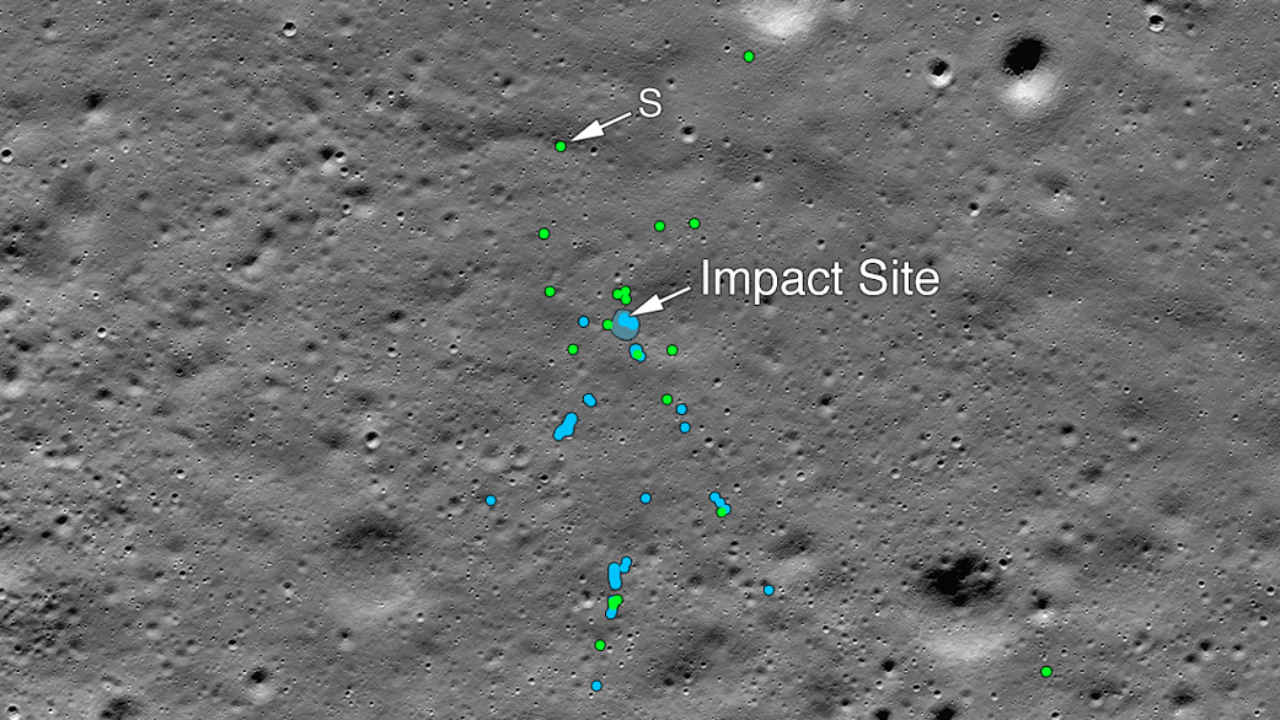 NASA has located the remains of the crashed Vikram Lander

It looks like NASA has pinpointed the location of the crashed Vikram Lander from the Chandrayaan-2 mission. The American space agency published photos of the crash site that were taken from an orbiting satellite. The before/after images clearly show the point of impact as well as the scattering of debris.

NASA credits the finding of the Vikram Lander to a Chennai Engineer named Shanmuga Subramanian, who has since posted the letter he got from John Keller, Deputy Project Scientists at the Lunar Orbiter Reconnaissance Mission on Twitter. Subramanian doesn’t seem to be connected to either NASA or ISRO, and simply seems to be someone who was just very interested in the Vikram Lander.

To recall, the Vikram Lander was supposed to have made a landing about 600km from the moon’s south pole on September 6. Unfortunately, the lander lost contact shortly before touchdown. The final fate of the lander was unknown until very recently when the Indian government admitted that the lander had crashed. In a statement to the Lok Sabha, Jitendra Singh, the minister of state for the Department of Space admitted that the lander had ‘hard landed’ on the surface of the moon. “The first phase of descent was performed nominally from an altitude of 30 km to 7.4 km above the moon surface. During the second phase of descent, the reduction in velocity was more than the designed value. Due to this deviation, the initial conditions at the start of the fine braking phase were beyond the designed parameters. As a result, Vikram hard landed within 500 m of the designated landing site,” he said.

While the Vikram Lander did not succeed in touching down on the surface of the moon, the folks over at NASA seem to understand how difficult it was. “Despite the loss, getting that close to the surface was an amazing achievement,” the space agency wrote on its page. However, it should be noted that the  Chandrayaan-2 orbiter seems to be working normally. A few weeks ago, ISRO published photographs of the lunar surface taken by the orbiter. You can check out those photos here.