The search took over ten years for NASA. In what might prove to be one of the most significant discoveries in recent times, NASA has found evidence of the universe’s oldest type of molecule in space after decades of searching. For a long time now, scientists have believed that helium and hydrogen combined to form a molecule called helium hydride for the first time some 100,000 years after the big bang. Though the molecule was believed to exist in some parts of the modern universe, evidence of it was never found in space until now.

Sometime in 2016, NASA detected traces of helium hydride within our own galaxy with the help of SOFIA—Stratospheric Observatory for Infrared Astronomy, a 106-inch diameter telescope. According to NASA, SOFIA is the world’s largest airborne observatory and it is owned partly by NASA and partly by the German Aerospace Center, DLR. To find helium hydride, it was flown in a customised Boeing 747SP aircraft at an altitude of up to 45,000 feet above the interfering layers of our planet. 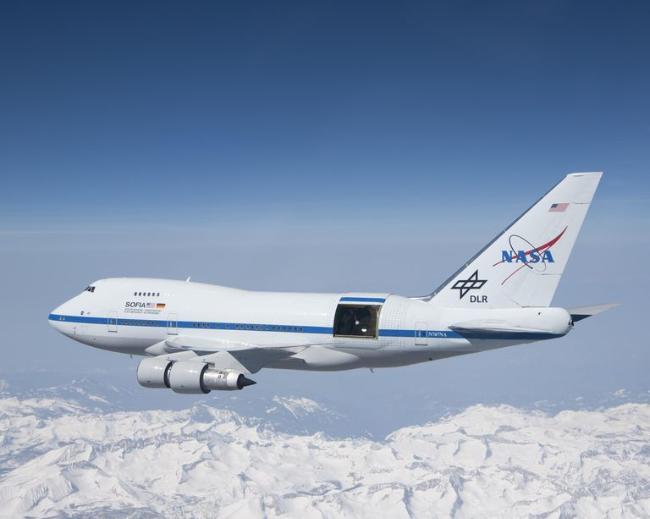 SOFIA on a modified Boeing 747SP

According to NASA’s news release on the matter, scientists discovered traces of modern helium hydride using SOFIA in a planetary nebula, a remnant of what they believe was a Sun-like star. The nebula is called NGC 7027, and it is located 3,000 light-years away from us near the Cygnus constellation. The discovery proves that helium hydride can, in fact, exist in space. It also reaffirms the belief held by numerous scientists in the past that helium hydride was one of the molecules key to formation of the early universe.

“The lack of evidence of the very existence of helium hydride in interstellar space was a dilemma for astronomy for decades,” commented Rolf Guesten of the Max Planck Institute for Radio Astronomy in Bonn, Germany, and lead author of the paper following the discovery. “It was so exciting to be there, seeing helium hydride for the first time in the data. “This brings a long search to a happy ending and eliminates doubts about our understanding of the underlying chemistry of the early universe."