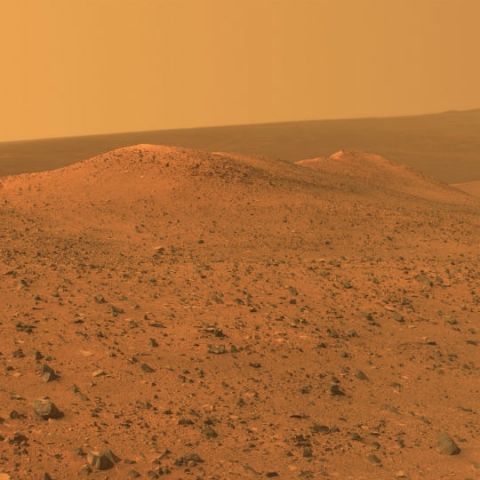 A long-drawn debate about the planet that we’re all trying to get to badly has finally been put to rest. Experts have revealed that Mars cannot be terraformed to sustain life. This is because there simply isn’t enough carbon dioxide on the planet to allow the atmosphere to become conducive for human life, says a new study published by Nature Astronomy and backed by NASA.

According to a report by The Independent, even if we tried to terraform Mars to sustain human life, we’d manage to rake up only a fiftieth of the amount of carbon dioxide necessary. What’s more, we’d only be able to raise the surface temperature by less than 10 degrees Celsius.

Those who believe Mars can be terraformed (Elon Musk and all wishful sci-fi fans included) suggest every now and then that we could use the greenhouse gases stored in the red planet’s rocks and polar ice caps. When those gases are released back in the atmosphere, they would make the atmosphere thicker, warm the planet, and let liquid water remain on the surface.

By using information sent back by the rovers and spacecrafts that have surveyed the planet in the past, authors of the study, Bruce Jakosky and Christopher Edwards, took stock of the gas reservoirs present in the red planet. Apparently. the only greenhouse gas present in high enough quantities to warm up the planet is carbon dioxide.

It is still far from enough, the researchers add. They conclude by saying that it’s just not possible to terraform Mars using present-day technology. That settles that, then. In the years to come, we may send more rovers (and even humans) to study more about the levels of water and carbon dioxide on the planet, but for the moment we’ve simply got to admit that natural human life on Mars is nothing but a pipe dream.