Kilogram overhauled, is now defined on a universal constant 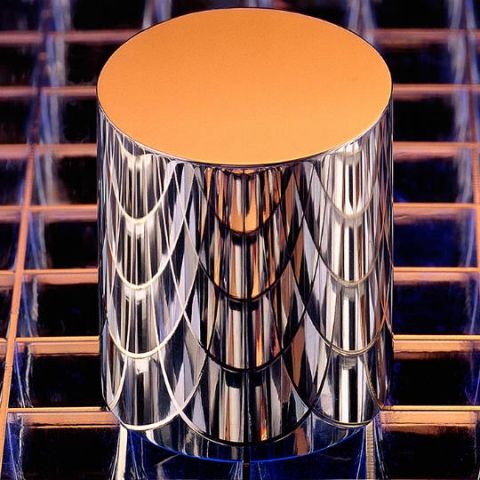 A kilogram is currently weighed on a block of platinum-iridium metal that changed over time but one will now be able to measure it using the kibble balance that uses Planck’s constant to measures mass against an electromagnetic field that is proportional to the Planck’s constant.

The aforementioned lump of platinum-iridium metal that was defined as the International Prototype Kilogram (IPK) was highly accurate and stored in a vault in Paris. However, minute changes to the IPK’s weight over time have led to inaccuracies that could be problematic when considering the metric for precise measurements. Along with the kilogram, Ampere, Kelvin, and mole were also redefined are now officially linked to constants of nature.

The actual implementation of the new constant based metric will be enforced from May next year. Weights will now be set using a super precise instrument called the Kibble balance, which measures mass against an electromagnetic field that is proportional to the Planck’s constant. This makes for an extremely precise measurement of the kilogram.

Currently, replicas of the IPK are sold to countries around the world and every instrument that can measure weight is calibrated by using a method that can be linked back to these copies. For example, the KG bar or scale that is used to weigh your groceries has been calibrated using some other weight, and so on, where the last weight that was used to calibrate will be a replica of the IPK.