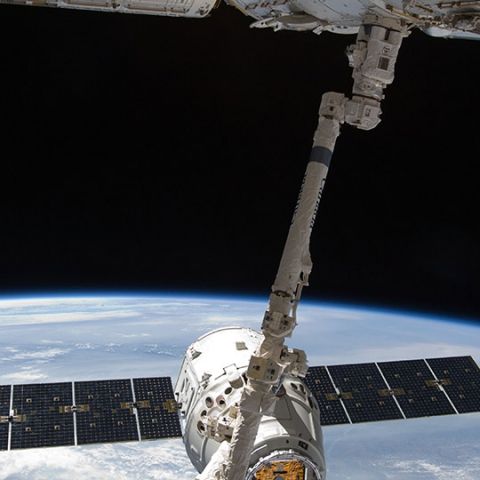 As kids, many of us have dreamt of travelling to space, with the desire often manifesting itself as ambitions of being an astronaut. The fascination with space travel has been fueling many a science fiction stories and one, which seems to be closer to reality now is the concept of a space elevator. A space elevator, as traditionally seen in movies, animated or otherwise, is essentially a giant tube that connects a part of the earth to a space station out in orbit. It may seem simple enough, but in reality, the engineering challenges involved in making something like this real have been enormous. However, a Japanese company hasn’t stopped working towards realising the dream and are reportedly ready to test the first proof of concept of a space elevator.

The challenges of creating something like a space elevator are many fold. First, a cable would have to extend from the Earth to a space station that lies just beyond the geostationary orbit in order to keep it taut. The cable for the elevator would have to be made of materials that can withstand the abuse inflicted by high-speed winds that are found in the upper atmosphere. Up until now, even cables made of carbon nanotubes, the strongest material created by man, has failed to survive such harsh treatment. However, one of the biggest challenges is the lack of knowledge about how the elevator would behave once it escapes Earth’s gravity.

According to AFP, a team of Japanese researchers are launching an experiment in the form of two tiny satellites to study how an elevator would work in zero G. The experiment consists of two cubic satellites with a 33-foot long steel cable. The two satellites would keep the cable taut while an even smaller motorized cube would function as the elevator, moving up and down the cable. The researchers will monitor the motion via video in order to understand how motion would work not just in zero gravity, but also for a system in orbit. This would be a first, but a very significant step towards achieving what is going to be a monumental feat.

The Obayashi Corporation, the company behind the Tokyo Tower, has already put forward a proposal for a space tower with an estimated budget of $90 billion. According to the Japanese daily Mainichi, the Corporation’s proposal involves six oval-shaped elevator cars that would move between a platform in the sea and a space station orbiting Earth. While carbon nanotubes have not yet met the requirements for the project, the Obayashi corporation is still considering using the material (with further improvements) or using a material that is yet to be developed. The project would require 60,000 miles of cable to run from the platform to the space station. While a budget has been proposed for the project, there are no dates that have been announced.

A space elevator between Earth and a Space Station would definitely open up a whole new industry for space travel. Not to mention, it could also serve as a means of shutting supplies and research samples between Earth and the designated Space Station. It could therefore lead to a significant reduction in costs when it comes to ferrying supplies and even astronauts to the space station and back.