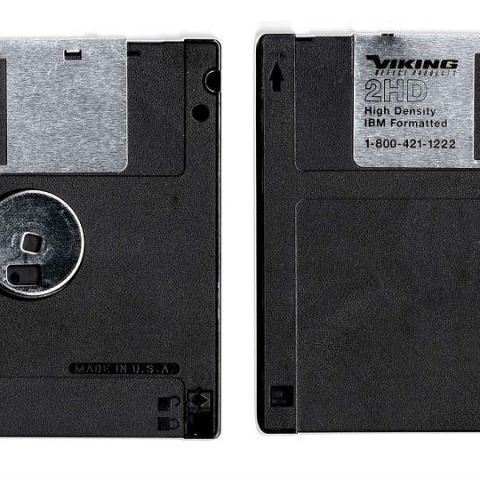 Astronaut Alexander Gerst tweeted an image of a folder of floppy disks he’d found inside an unused locker of the ISS.

The International Space Station celebrated its 20th anniversary in space only the day before yesterday. It’s been orbiting Earth since November 20, 1998—that’s two whole decades. But in case you need proof of its age you’ll love this: an astronaut aboard the space station came across a full folder of floppy disks in an old locker that seemed unopened in years. One of the disks was labelled, ‘Norton Utilities for Windows 95/98’, which means the floppies were designed for use on the ISS once upon a time.

News of the old floppy disks comes to us via a tweet by Alexander Gerst, a European Space Agency astronaut aboard the International Space Station. In his tweet, he wrote, “I found a locker on the @Space_Station that probably hasn't been opened for a while…” English radio jockey and space fan John Gardi was the first to reply to the tweet. He said in his reply, “Windows 95/98 ran on the #ISS for years! #NASA even had their own 'hardened' version that was supposedly less prone to crashing.”

While one of the floppy disks found by the astronaut contained Norton Utilities, the others bore NASA logos and had titles like, “Crew Personal Support Data Disk”. The last one in the folder even had the names “Shep” and “Sergei” printed on it, referring to NASA astronaut William Shephard and Russian cosmonaut Sergei Krikalev. They were the ones who manned the first ISS mission, Expedition 1, in 2000.

In case you’re wondering what a floppy disk is (or why this throwback photo is such a big deal), here’s some context: the floppy disk was a popular medium of data storage from the 60s to the 2000s. It started life in IBM as a large 8-inch magnetic disk but gradually evolved into the 3.5-inch floppy diskette that we remember. A floppy disk’s maximum capacity is 1.44 megabytes, which is good, in today’s standards, for say, one 1920 x 1080 image in PNG format. Not a lot, is it?