ISRO releases images of Vikram lander and Pragyan rover ahead of Chandrayaan-2 launch: Here’s all you need to know 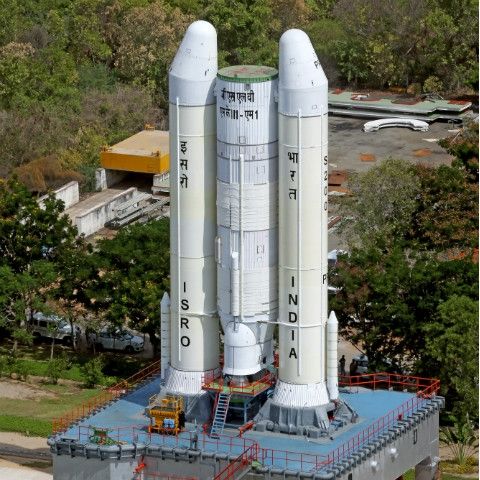 ISRO has released new images showcasing the Vikram lander and the Pragyan rover.

Here’s all you need to know about India’s next big space endeavour.

The Indian Space and Research Organisation is gearing up for the upcoming Chandrayaan-2 mission. On July 15, 2019, the Geosynchronous Satellite Launch Vehicle Mark III (GSLV Mk-III) will lift off from ISRO’s launch facility in Sriharikota at 2:51am. This is India’s first rover-based space mission and the world's first Moon expedition to reach the south polar lunar region. Ahead of the launch, the space agency has released some images of the Vikram lander and Pragyan rover, which will be housed in the launch vehicle and will carry out some of the most important moon missions for India. There will be no human crew and the orbiter will map the moon’s surface, while the rover will be carrying out missions like analysis of lunar soil.

About the Chandrayaan-2 mission

As mentioned above, the Chandrayaan-2 mission will be carried out by the GSLV Mk-III spacecraft. It is India’s most powerful three-stage rocket that is capable of launching 4-ton class of satellites to the Geosynchronous Transfer Orbit (GTO). The rocket consists of multiple components like S200 solid rocket boosters, L110 Liquid Stage and C25 Upper Stage. The GSLV Mk-III will be carrying an orbiter, which will house the Vikram lander and Pragyan rover. The lander will try a ‘Soft Landing’ on the lunar surface, which will be the first time this manoeuvre is tried by the Indian space agency.

The Chandrayaan 2 orbiter will be capable of communicating with Indian Deep Space Network (IDSN) at Byalalu, as well as the Vikram Lander. Weighing 2,379 Kg, its mission will is one year long and it will be placed in a 100X100 km lunar polar orbit. The orbiter has 1,000 Watts of electric power generation capabilities as well. Key payloads aboard the orbiter include Terrain Mapping Camera 2, an Orbital High-Resolution Camera (OHRC), Dual Frequency Synthetic Aperture Radar (SAR) and more. The OHRC will be used to conduct high-resolution observations of the landing site before the lander is separated from the orbiter. 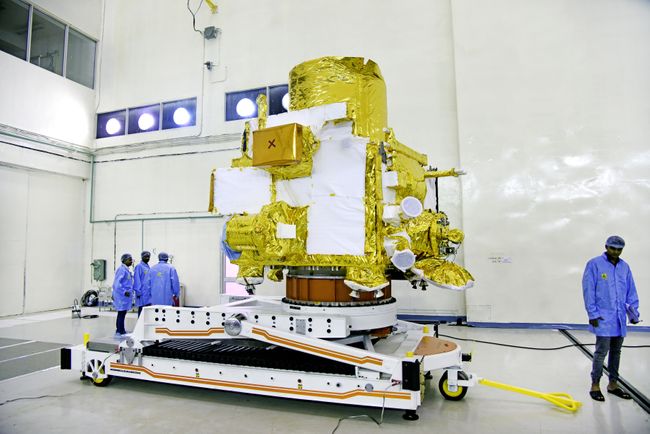 Named after the father of the Indian Space Programme, Dr Vikram Sarabhai, the Vikram Lander will attempt to pull off a soft landing on the moon. It will function for one lunar day, which is about 14 days on earth. Vikram lander weighs 1,471 kg and can communicate with IDSN at Byalalu near Bangalore, as well as with the Orbiter and Rover. It will be carrying three Payloads, Radio Anatomy of  Moon Bound Hypersensitive ionosphere and Atmosphere (RAMBHA), Chandra’s Surface Thermo-Physical Experiment (ChaSTE) and Instrument for Lunar Seismic Activity (ILSA). 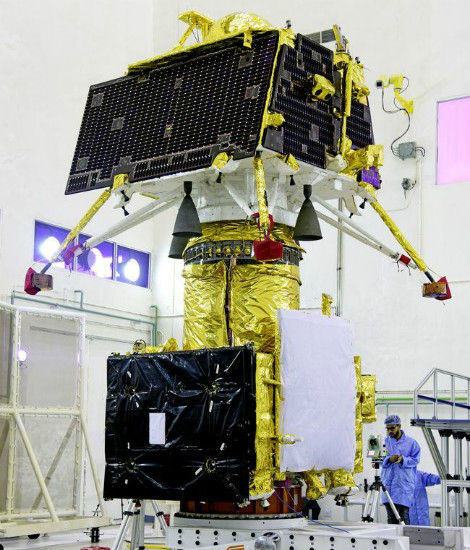 The Pragyan rover is a six-wheeled robotic vehicle that weighs 27kg and can generate 50 Watts of power. It can travel up to 500 meters and can communicate only with the lander. It will carry the Alpha Particle X-ray Spectrometer (APXS) payload, which uses  X-ray fluorescence spectroscopy to detect all major elements required for rock-forming like Magnesium, Aluminium, Silica, Calcium, Sodium, Titanium, Iron, and some other trace elements like Yttrium, Strontium, and Zirconium. It will also carry Laser Induced Breakdown Spectroscope (LIBS), which will be used to recognise and determine the abundance of elements near the landing site. 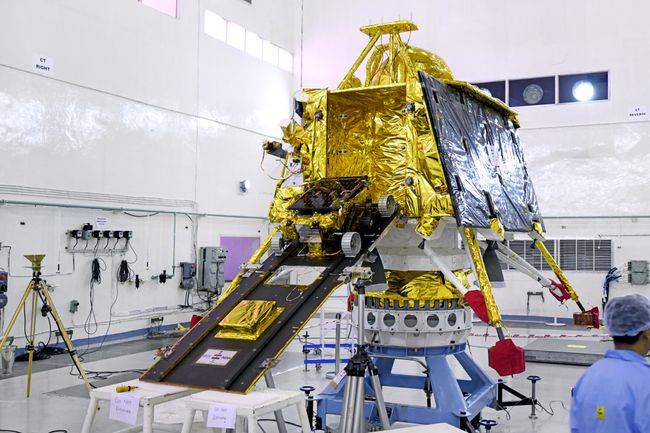 Key experiments that will be carried out

We now know the important payloads that will be a part of the Chandrayaan 2 mission. However, the vehicles carrying these payloads will be conducting a slew of science experiments to study and better understand the topography, thermo-physical characteristics of the top-most lunar soil, seismography, surface chemical composition, mineral identification and distribution, and composition of the lunar atmosphere. The Orbiter payloads will be placed in a 100km orbit above the moon and it will conduct remote-sensing observations. On the other hand, the Lander and Rover payloads will perform measurements near the landing site.