From one to sixteen modules in twenty years: the International Space Station has come a long way. 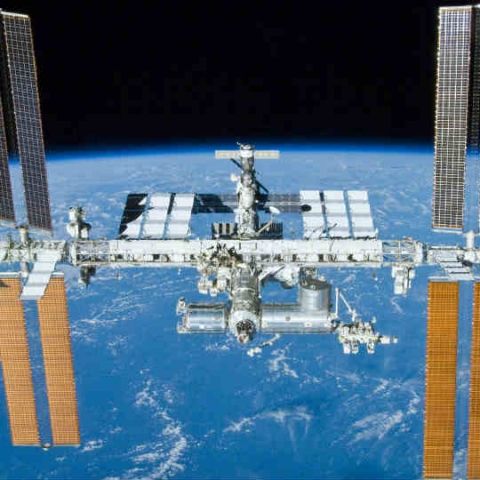 Can you believe it? It has been twenty years since the International Space Station (ISS) was first launched into space. Since November 20, 1998, the space station has been orbiting Earth with humans inside it. To mark the occasion, the space station posted an image of Zarya, the very first ISS element (photographed from the Endeavour space shuttle in 1998) on its official Twitter account.

The first avatar of the International Space Station was a lot different than the one we see now; when it was first launched on a Proton rocket back in '98, all it had was the 41-foot long Russian-made Zarya module, which took care of electrical power, storage, propulsion, and guidance. Today it has 16 pressurised modules, is about the size of a football field, and weighs 460 tonnes. Assembling the ISS is an effort that has taken ten years and thirty space missions. The ISS is an engineering collaboration by five space agencies representing fifteen countries.

The International Space Station is permanently crewed and orbits the Earth at an altitude of 385 kilometres. It goes around the globe every 90 minutes at a speed of about 28,000 kilometres per hour. According to Space.com, it covers approximately twice the distance between the earth and the moon in a single day. On the inside, the ISS is capable of hosting anywhere between three and six people at any given time. Astronauts typically spend about six months aboard the ISS before returning to Earth in a Soyuz spacecraft.

Astronauts aboard the International Space Station spend most of their time in performing scientific experiments and maintenance activities. They also spend two hours a day in physical exercise as space can take a toll on the human body. In fact, one of the reasons why the ISS is permanently crewed is so we can observe the long-term effects of space on the human body. This knowledge will help us on any long space voyages we may make to planets like Mars.