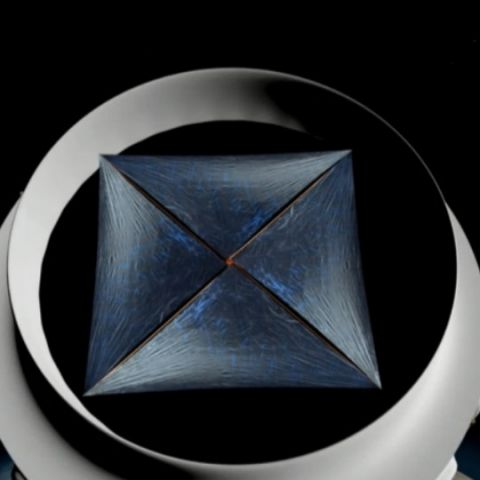 They plan to send tiny rockets to Alpha Centauri, the neighbour star-system, in the most ambitious space exploration project ever.

In 2015, Russian billionaire Yuri Milner unveiled a $100-million plan for the search of extra-terrestrial intelligence by scanning radio and light signals. Now, Milner wants to build the Interstellar spacecraft itself.

In a joint announcement at the One World Observatory in New York City on Tuesday, Milner and Stephen Hawking unveiled ‘Breakthrough Starshot’, a $100-million research and engineering program for an interstellar voyage, also being supported by Mark Zuckerberg. The first phase involves building light-propelled ‘nanocrafts’ that can travel at relativistic speeds of up to 20% the speed of light. Travelling at such speeds, the robotic spacecraft will pass Pluto in three days and will reach Alpha Centauri within 20 years after launch. "For the first time in human history, we can do more than just gaze at the stars,” Milner said. “We can actually reach them.”

Prototypes of the technology behind this project were revealed, and includes a ‘Starchip’ – a gram scale wafer carrying cameras, photon thrusters, power supply, navigation and communication equipment. Propelling this science lab would be ‘Lightsail’, a meter-sized sail that is only a few hundred atoms thick and weighs a couple of grams. This will be launched by an array of lasers rated at 100GW. By directing such massive power at the object, it can be accelerated up to 100,000,000 miles per hour, which 1000 times faster than an existing spacecraft.

“It’s an ambitious project, but we don’t see any showstoppers or deal breakers based on fundamental principles,” Avi Leob, Chair of the Harvard Center for Astrophysics and co-sponsor of Breakthrough Starshot, said at the press briefing. He also mentioned that before reaching the Alpha Centauri, a fleet of nanocraft could collect information about our solar system, perhaps flying to Saturn’s moon Enceladus and scanning the alien ocean for signs of life.