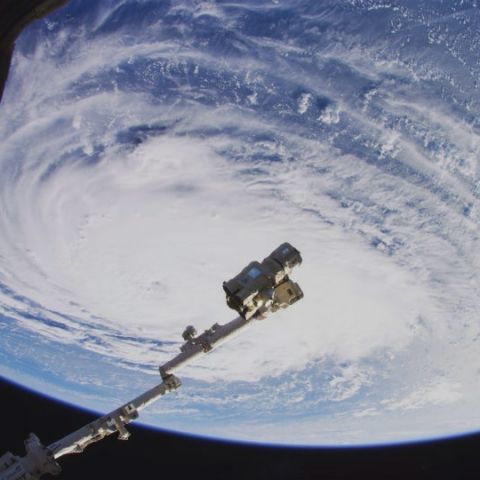 The footage was shot on a RED Helium 8K camera that was delivered to the International Space Station in April this year.

NASA has released a new video on its YouTube channel, but that’s no surprise given how the American space agency drops one every other day. This one, however, is special—it’s the world’s first 8K video footage taken in space. The video was shot on a RED Helium 8K camera by astronauts in the International Space Station. The camera is capable of capturing video at 8192 x 4320 pixels.

“This new footage showcases the story of human spaceflight in more vivid detail than ever before,” commented Dylan Mathis in a NASA news release, the Communications Manager for the International Space Station Program at NASA’s Johnson Space Center in Houston. “The world of camera technology continues to progress, and seeing our planet in high fidelity is always welcome. We're excited to see what imagery comes down in the future.”

The RED Helium 8K camera was delivered to the International Space Station on the 14th SpaceX cargo resupply mission back in April through a Space Act Agreement between NASA and RED. Though the camera was delivered in April, NASA got around to making a montage with the footage sent back from the space station only in November. The video was dropped on YouTube on November 2, marking the 18th anniversary of humans living continuously aboard the International Space Station and the 20th anniversary of the launch of the first two space elements.

NASA’s 8K video is best watched on 8K monitors or televisions, which, admittedly, are still very few in number out there. The Dell UP3218K 8K monitor, which was showcased at CES 2017, is an excellent monitor to view NASA’s video on. In reality though, most of us own displays with a maximum resolution of 1920 × 1080 pixels and internet connections fast enough to stream a 4K video without stutters. It’s still a great watch though!