Elon Musk proposes travel to most places on Earth under 60 minutes in rockets! 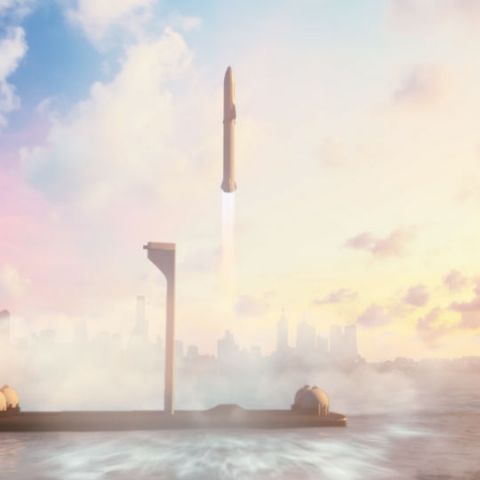 Leave it to Elon Musk to surprise us with radical transportation ideas. The SpaceX founder who made it possible for rockets to be reused and made way for a new form of transportation with the Hyperloop, has now proposed another revolutionary way of commuting around planet Earth.

Speaking at the International Astronautical Congress in Adelaide, Australia, Musk detailed revised plans for his company’s mission to colonise Mars. However, what was most interesting in his presentation is the use of rockets to travel within planet Earth. Yes, Musk has proposed that people will be able to travel to any place in the world under 30 minutes at the cost of a full fare economy class ticket. Only this time, they will be hopping on to rocket ship instead of jet setting their way around on airplanes.

Musk plans to make this inter-Earth rocket travel possible using SpaceX’s upcoming BFR rocket which will carry a passenger spaceship to orbit, from where it will land at various cities in the world on floating landing pads.

Sounds pretty ambitious, but we are keen to know how Musk plans to solve the g-force problem. Astronauts undergo years of special training for rocket travel and normally experience 3gs of g-force during a rocket launch, which is three times the force of gravity normal human beings are exposed to on Earth.

Travelling on a rocket, though, is definitely something to look forward to.