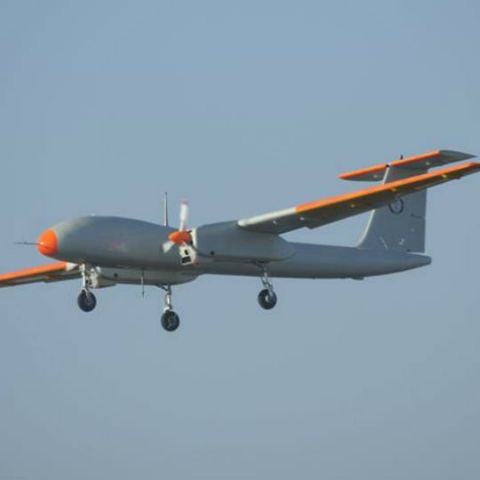 Rustom-2, India's long endurance Unmanned Combat Air Vehicle (UCAV) finally took flight on Wednesday. The flight of Rustom-2 comes after a considerable delay. Rustom-2 was scheduled to take flight in late 2013 but the UCAV has finally taken flight after a delay of almost three years.

Rustom-2 falls under the medium-altitude, long endurance (MALE) category of vehicles. Rustom-2 is conceived as India's self reliance when it comes to use of combat drones. India currently relies on Israeli firms for aerial combat vehicles.

While Rustom-2 is unlike any other drone in the market. It has a wingspan of more than 20m and an endurance of 24-30 hours. It is equipped with contemporary technology and needs a runway for takeoff. It also features enhanced aerodynamic configuration, digital flight control and navigation system.

"Besides, it will also have automatic takeoff and landing capabilities, this version of Rustom is comparable to some of the best in the world," sources in Aeronautical Development Establishment (ADE) told The Times of India.

With Rustom-2, ADE hopes to receive orders from army, navy and the air force but reliability will be the key here. DRDO's previous UAVs have faced several crashes and the Indian Army has not inducted anything into its fleet recently.