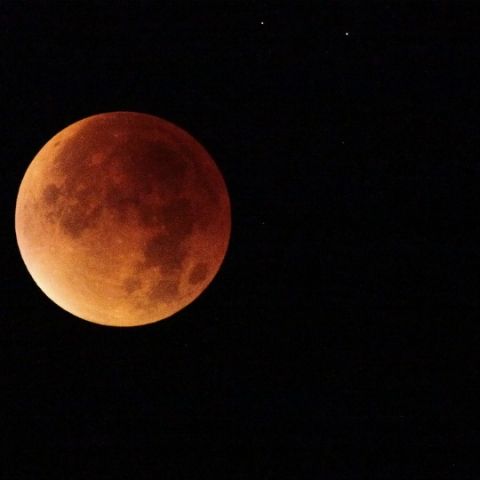 A city in the Southwesterns part of China has come with a unique way of lighting its streets at night. Instead of Installing street lights, the People's Daily Online reports that the city of Chengdu plans to launch an “artificial moon” in 2020. According to the publication, the ‘moon’ would actually be an “illumination satellite” which would include large mirrors that would reflect sunlight from space back down to Earth.

Wu Chunfeng, Chairman of the Chengdu Aerospace Science and Technology Microelectronics System Research Co. Ltd told the publication that the satellite is designed to “complement the moon at night. Chunfeng also added that the brightness of the “moon” would be eight times that of the real moon and would be enough to replace street lights.

As per the report, the satellite would be able to light an area of a diameter of 10 to 80 kilometers. The precise range of the illumination can be controlled within a few dozen meters. Chunfeng noted that testing of the illumination satellite started years ago, and now the technology has matured.

While this may seem like a novel idea, there are some environmental concerns. John Barentine, Director of Public Policy at the International Dark-Sky Association, told Forbes that the artificial moon would have the effect of “significantly increasing the nighttime brightness of an already light-polluted city.” He adds that this would create problems for residents who won’t be able to screen out the unwanted light as well as for the urban wildlife population.

This wouldn’t be the first time mankind tried such an experiment. Back in the 1990s, Russian scientists and researchers tried something similar with their Znamya project. The first of the satellites managed to deploy and according to reports, it did manage to light up the night sky albeit briefly. The satellite then burned up in orbit. A second satellite was launched, but during deployment, one of the mirrors got snagged in the Mir Space Station’s antennae and was ripped. The project was cancelled after that.