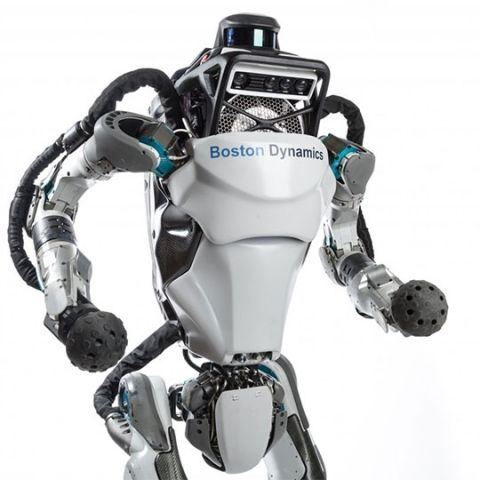 Boston Dynamic's two-legged robot Atlas has learned some new skills. After showing off its backflip skills last year, in 2018, the robot has learned to do basic parkour.

Each year, we get to see a little glimpse of what Atlas, the humanoid robot created by Boston Dynamics is capable of. We first saw it walk, then run at scary speeds as part of a DARPA demonstration. Last year, the Alphabet owned company showed off the robot’s ability to do backflips and now, we are seeing the next stage of Atlas’s evolution.

Last year Alphabet, Google’s parent company, sold Boston Dynamics to Japan’s Softbank and if there’s anything the Japanese know, it’s their robots. A new video released by the company shows Atlas jumping over logs and climbing steps without breaking its pace. This was achieved by the control software that now uses the whole body, including legs, arms and torso, to marshal the energy and strength for jumping over the log and leaping up the steps without breaking Atlas’s pace. Atlas uses computer vision to locate itself with respect to visible markers on the approach to hit the terrain accurately.

It is remarkable how far Boston Dynamic’s work has come. Atlas is one of the nine robots being developed by the company and it demonstrates the ability to balance itself while performing tasks using all four of its limbs. Given its small footprint, Atlas would be ideal for industrial use for heavy lifting in warehouses, or potentially, even in hazardous situations such as nuclear power plants where humans may not be able to enter without grievous harm. Currently, Atlas is still a project in development and there has not been any announcement of commercial availability.

Boston Dynamics originally started off as a spin-off from MIT, with a handful of scientists working on developing machines that could mimic animal movement. In the 26 years since its founding, Boston Dynamics has managed to create robots that do far more than just mimic. Its robot Wildcat is the fastest quadruped robot in the world. It can run at speeds up to 31kmph while maintaining balance and jumping over obstacles without losing pace. The SpotMini, a small platform robot from the company was shown off opening a door in a YouTube video which went viral. With Atlas, the company has achieved a new breakthrough in the machine movement.