Astronomers discover 12 new moons around Jupiter, expect one to collide 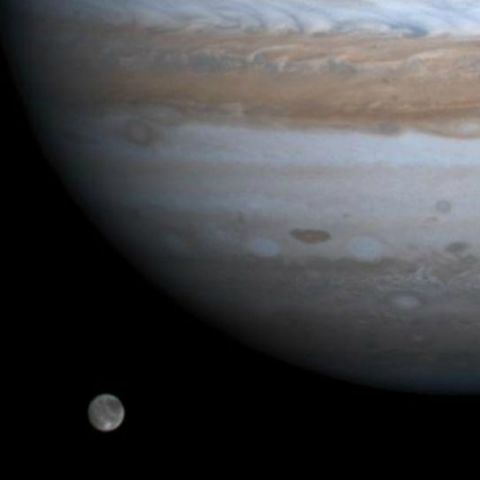 US researchers have discovered a dozen new moons around our solar system's largest planet, Jupiter, and believe one is about to collide with the others.

You must've come across Norman Vincent Peale's famous quote, "Shoot for the moon. Even if you miss, you'll land among the stars." Well, something of that sort happened very recently when researchers in the US stumbled upon twelve new moons circling Jupiter while looking for a hypothetical planet on the outer edges of our solar system.

According to National Geographic, the team found the new moons very nearly by accident. It was the result of Jupiter's fortuitous alignment with their initial research project and some recently incorporated telescope technology. "This is a great reminder that when you build up the capability to study one thing, you never know what else you might discover along the way,” added Doug Hemingway, a planetary scientist at the University of California, Berkeley.

The twelve new moons span approximately one to three miles across, which, without a question, is a far cry from Jupiter's largest moon, Ganymede. Two of the twelve find themselves grouped relatively closer to Jupiter and revolve in the same direction as the giant planet. They're thought to be remnants of what once could have been a much larger moon billions of years ago.

Nine other moons among the twelve find themselves as three different clusters that move backwards and orbit in a fashion known as "retrograde". Like the first two, these too are thought to be broken pieces of what could have once been a much larger moon many hundred miles away. These parent bodies are believed to have been magnetised by the planet's gravity in the earliest days of our solar system, a process that's regarded common during an epoch when the giant planets migrated and upset the orbit of smaller planets. 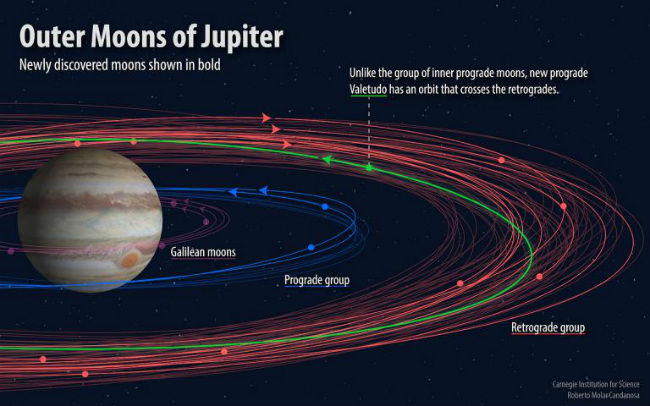 The last moon of the twelve was famous enough to win itself a name: Valetudo (after the Roman goddess of health and hygiene). This tiny planet, like the first two, revolves around Jupiter in the same direction as the planet, but has an orbit that's relative to the planet and moves close to the other three retrograde moon clusters. For this reason, Valetudo is believed to be on a collision course with the others. A head-on collision is expected to happen in the future.