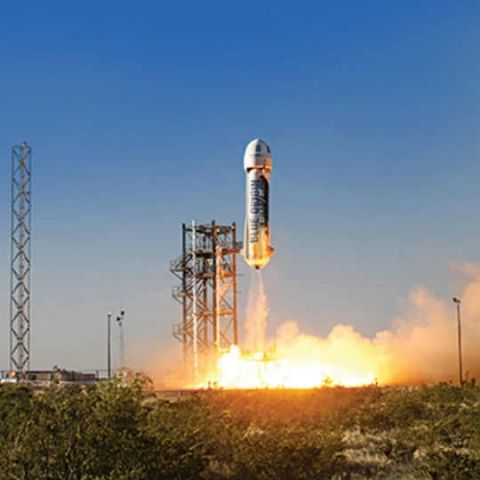 The people Blue Origin plans to launch into space will be everyday citizens, not astronauts

Blue Origin, a commercial space company founded by Amazon CEO Jeff Bezos, plans to launch humans into space within the next 18 months, CEO of the space firm Bob Smith said.

These people Blue Origin plans to launch into space will be everyday citizens, not astronauts, Smith said at the first meeting of the newly revamped National Space Council - an executive group aimed at guiding the US space agenda -- on Thursday.

Blue Origin has not yet indicated exactly how much the tickets will cost, CNNMoney reported. The firm earlier announced its plans to launch space tourists by 2018. A 2019 launch would put Blue Origin's first space tourism trip slightly behind its competitor SpaceX, headed by Tesla CEO Elon Musk.

"Within the next 18 months we're going to be launching humans into space," Smith was quoted as saying. "These won't be astronauts...these will be everyday citizens," Smith added.

SpaceX plans to take two tourists on a trip around the moon sometime in the last quarter of 2018.  Sending paying customers to space is part of Blue Origin's early business strategy.

The company wants to conduct frequent launches to the edge of space -- where passengers can briefly experience weightlessness and marvel at the view.