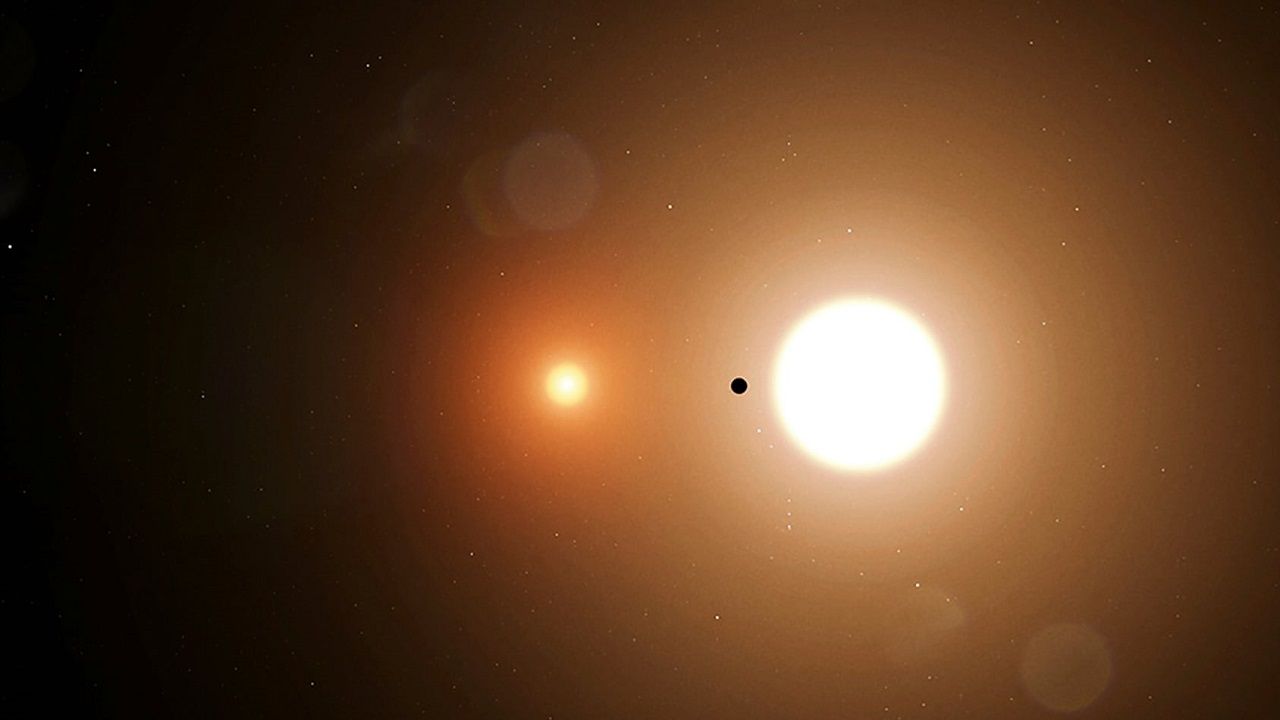 It is about 6.9 times larger than Earth and is 1300 light years away

What were you doing when you were 17? We’re pretty sure you weren't out discovering a brand new planet.  But there was one 17-year-old who went above and beyond what is expected from a teenager and discovered a new plate that orbits two stars. Wolf Cukier completed his junior year and joined NASA’s Goddard Space Flight Center for a summer internship. One thing led to the other and Wolf was staring down a telescope at a brand new planet using TESS (Transiting Exoplanet Survey Satellite).

Just three days in and Wolf spotted something that he thought was a little strange. He noticed a signal from a faraway system named “TOI 1338”. He said, ”I was looking through the data for everything the volunteers had flagged as an eclipsing binary, a system where two stars circle around each other and from our view eclipse each other every orbit. At first I thought it was a stellar eclipse, but the timing was wrong. It turned out to be a planet.” Dubbed, TOI 1338 b, the planet was the first ‘circumbinary planet’ which means that it orbits two seperate stars.

According to NASA, the planet is 6.9 times bigger than Earth and is located about 1,300 light years away. The higher ups at NASA spent a few weeks going through the data and concluded that Wolf has actually discovered a planet, all on his own. An ardent Star Wars fan Wolf Cukier is now looking at pursuing a career in astrophysicist.