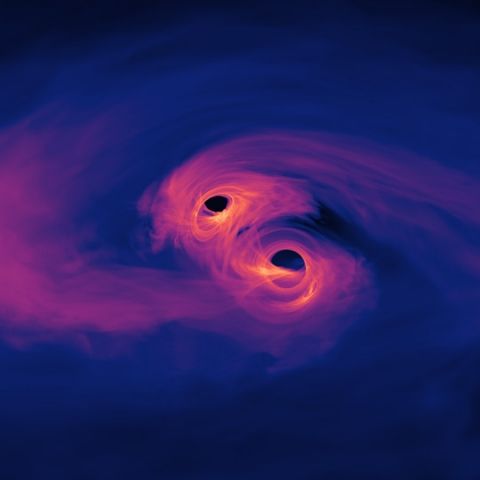 The Advanced Laser Interferometer Gravitational-wave Observatory (LIGO) is a facility dedicated to detecting ripples in the spacetime continuum, known as gravitational waves. Gravitational wave astronomy is a new field. The LIGO facility has been used for two observation campaigns so far. The first one ran from 12 September 2015 to 19 January 2016. During this time, three black hole collisions were detected. The second observation run lasted from 30 November 2016 to 25 August 2017. During this run, the collision of two neutron stars was detected. The visible light signals from the event were also detected by other astronomical instruments, heralding a new era in multimessenger astronomy, where the same event is simultaneously observed by multiple observatories, in different forms of radiation. Three additional black hole mergers were detected during the second run.

Now, scientists combing through the data from the second run using better detection techniques, have announced the detection of four additional collision events. One of these is the biggest known black hole merger, in a collision that occurred nine billion light years away. The gravitational waves from the event were detected on 29 July 2017 and are officially designated as GW170729. The nomenclature scheme is short for “Gravitational Waves” followed by the date in the yy-mm-dd format. Apart from being the most massive black hole, this is also the most distant known source of gravitational waves. About five solar masses of energy were converted to gravitational radiation because of the collision. The pair of black holes involved in the coalescence was spinning faster than the black holes in any previously observed event so far. The resulting black hole is about 80 times larger than the Sun.

All the three other events were detected in August 2017, and are designated as GW170809, GW170818, and GW170823. These collisions were between three and six billion light years away, with the black holes formed between 56 to 66 times larger than the Sun. The new detections give researchers a better understanding of how rapidly the black holes spin during collision events, how common these mergers are, and the number of binary black hole systems, and how massive these black holes are.

The deputy spokesperson for the LIGO collaboration, Laura Cadonati said, “These new discoveries were only made possible through the tireless and carefully coordinated work of the detector commissioners at all three observatories, and the scientists around the world responsible for data quality and cleaning, searching for buried signals, and parameter estimation for each candidate — each a scientific speciality requiring enormous expertise and experience.”

The LIGO-VIRGO collaborations work closely towards gravitational wave astronomy and form a global network of detectors that improve the ability to observe and locate events. The US-based LIGO is led by MIT and Caltech, with participation by over 1,200 scientists around the world, including researchers from India. The VIRGO collaboration involves over 300 scientists from 28 countries in Europe.

The LIGO and VIRGO collaboration have detected a total of ten black hole collision events, and one collision between neutron stars, over the course of two observation runs. All the detections so far have been released as a catalogue. After the conclusion of the run, the detectors are shut off to improve the accuracy of the instruments, and to upgrade the systems. The detectors just keep getting better in every run. The third observation run is expected to yield even more spectacular results and is expected to begin around March 2019. Scientists expect to detect gravitational waves from events other than colliding black holes or neutron stars, and maybe even ripples in space-time originating from previously unknown sources.