Logitech has launched the G502 Lightspeed, a wireless variant of their very popular G502 Hero mouse in India 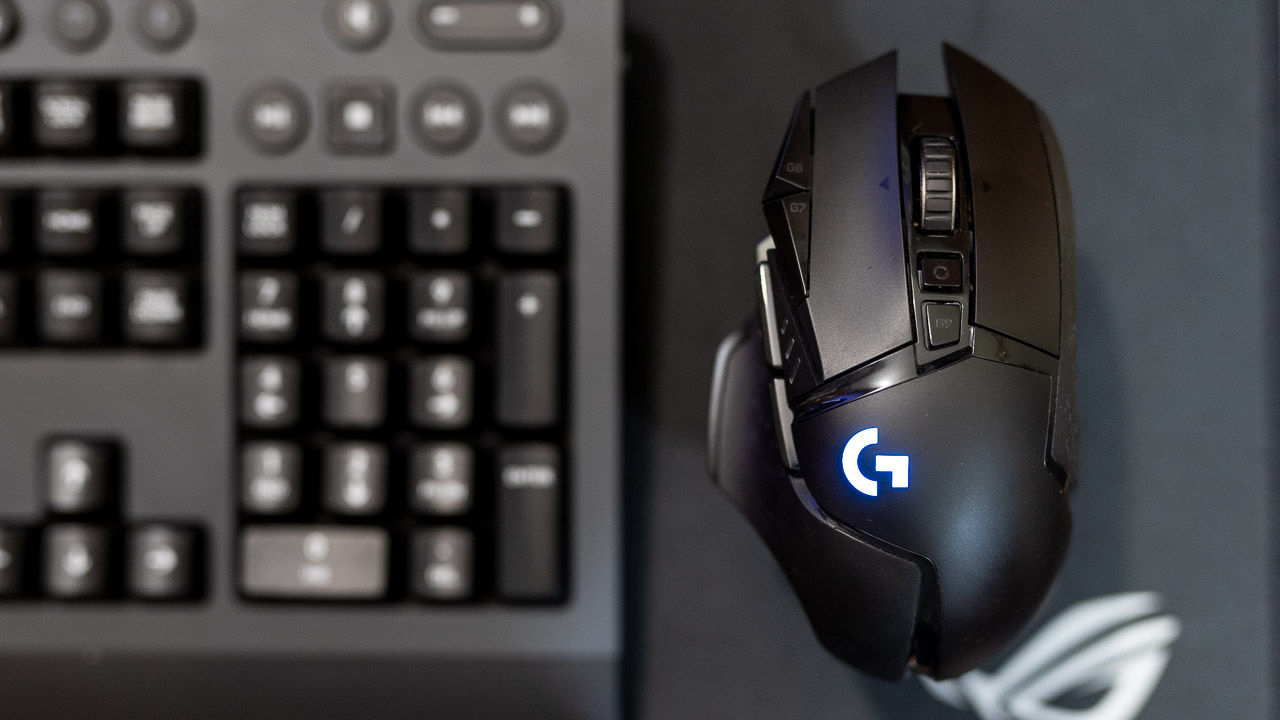 Logitech India today announced the launch of the Logitech G502 Lightspeed, a wireless version of the G502 Hero mouse. The G502 Lightspeed retains all the features that made the G502 Hero a popular choice amongst gamers while accommodating some improvements and new features. The Logitech G502 Lightspeed is available Amazon India’s website for a maximum retail price of Rs 14,995. After adding new headphones to its G-series lineup, the company is now adding a new mouse to its portfolio, hopefully, with new keyboards to follow.

The G502 Lightspeed essentially looks just like the G502 Hero, but with the cable removed. The two mice share the same dimensions and even the same curvature, but they do have notable differences. The first one is the weight. The new G502 Lightspeed is 7 grams lighter than its wired counterpart, weighing 114 grams, which includes the weight of the built-in battery. Logitech says that they utilized thinner walls for the construction of the mouse to be able to reduce the weight, despite adding wireless capabilities and a battery. We asked Dhiraj Soni, Head Marketing & Gaming category, Logitech whether the thinner walls would compromise the structural integrity of the mouse. He assured us that the mouse has been rigorously tested for durability but was not able to share any drop or structural stress test data. 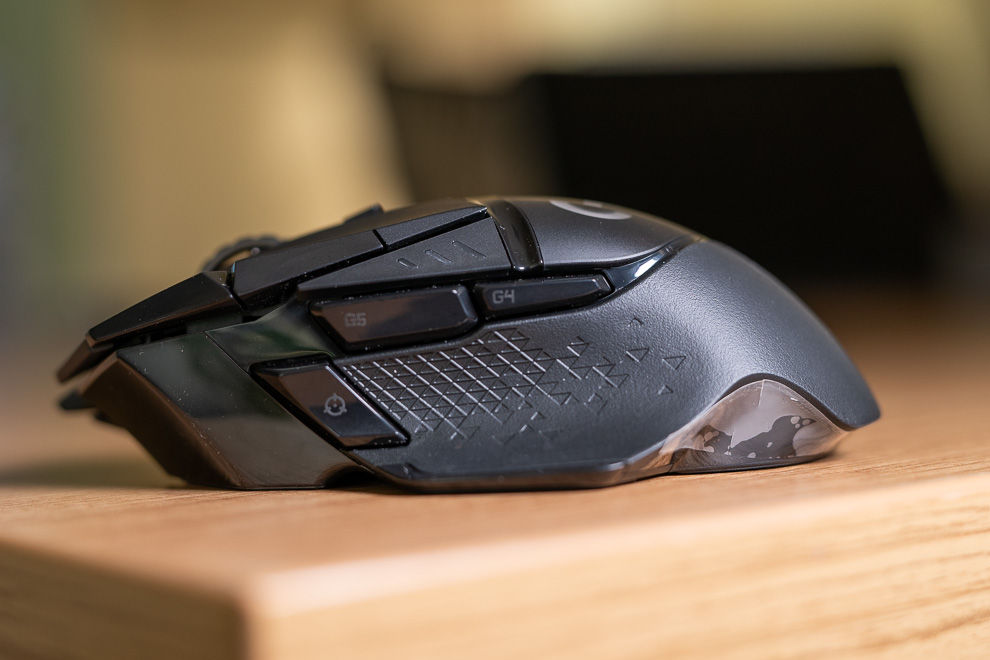 The other new feature that is packed into the Logitech G502 Lightspeed is PowerPlay, Logitech’s proprietary wireless charging technology. The underside of the mouse has a removable puck, which also acts as the charging conduit for wireless charging, but also doubles up as a cover for the storage space provided to store the wireless receiver. Given that PowerPlay is a proprietary Logitech technology, you would need a compatible mat from Logitech in order to actually charge the mouse wirelessly. PowerPlay mats are not yet available in India, but the company, Soni says, is contemplating whether to bring them to the country. The underside of the mouse also now has a new housing for accommodating additional weights. The Logitech G502 Lightspeed comes with 16 grams of total additional weights, broken up into 4 weights of 2 grams each and 2 weights of 4 grams each. The Logitech G502 Hero comes with 5 weights weighing 3.6 grams each. 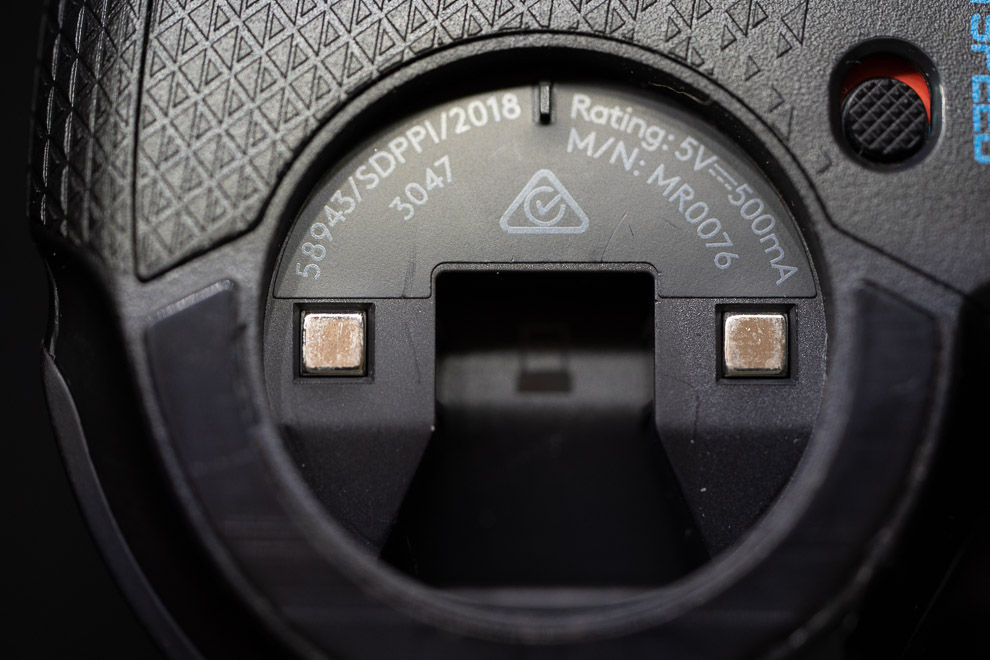 In terms of the basic features, the Logitech G502 Lightspeed houses the company’s Hero sensor with a resolution of 16,000 DPI and a polling rate as fast as 1ms. The mouse has 11 fully programmable buttons (using the G-Hub software) along with two independent RGB zones; one being the G logo and the other the battery indicator. The mouse is rated to last 48 hours of continuous gameplay with default lighting and up to 60 hours with the lighting turned off.

The Logitech G502 Lightspeed has launched in India not only a year later than most international countries, but also comes with a relatively steep price tag. Regarding the delayed launch, Soni said that while the international markets may have got the G502 Lightspeed last year, Logitech has been working on increasing the awareness around wireless gaming mice in India. He adds that the company had been pushing the G304, G603 and G604 in India for the last year, in order to evolve the market to the point where the G502 Lightspeed would be acceptable as a viable option. With regards to pricing, Soni noted that for Logitech’s G-series portfolio, its actually the mid to high-tier devices that have been more popular amongst gamers. Soni further added that the company does have a “starter e-gamer” pack with devices such as the G102, G304 (mice) and the G213 (keyboard), devices which have also started gaining popularity. Soni attributes this to the growth in the number of people who are getting into PC gaming. You can also check out our list of best gaming mice for PCs in case you're looking for alternatives. 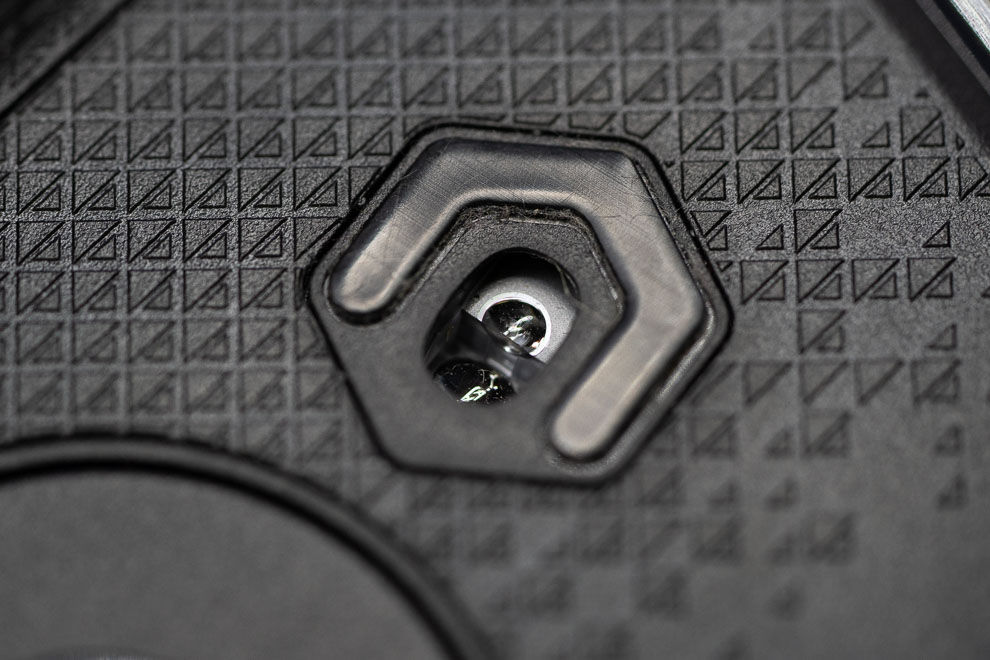 Over the last few years, a multitude of forums across the internet is full of posts by users complaining of Logitech G series keyboards developing chatter, and mice buttons failing far too early into their lives. We asked Soni what customers in India should be doing in such a case. He said that Logitech has a very robust service set up in India and that the starting point for any customer with a faulty device should be to contact their customer care or take the device to the service centre. When asked whether the service centre would repair or replace the faulty device, Soni said that depending on the warranty status, the device would be either serviced or replaced. However, when we called Logitech service centres in Delhi to ask about out-of-warranty repairs for a G-series gaming keyboard, they all confirmed that the company does not accept any out of warranty devices. This is because the service centres do not perform repairs, but instead, only replace the faulty devices. The G502 Lightspeed does come with a 2-year warranty, so if you buy one, getting a replacement within that period shouldn’t be a problem. However, it is perplexing that Logitech would not offer repairs on out-of-warranty products, given how expensive some of these peripherals are.

The Logitech G502 Lightspeed joins the G604, G603 and G304 wireless mice, sitting at the very of the performance ladder. The Logitech G502 Hero which has the same 16,000 DPI sensor and the same ultra-fast 1ms polling rate costs almost 1/3 on Amazon in comparison to its wireless counterpart. The premium here seems to be for the wireless capabilities, a lighter form-factor and even wireless charging. If you're wondering if a wireless mouse is right for you, here's a guide on choosing the right wireless mouse.