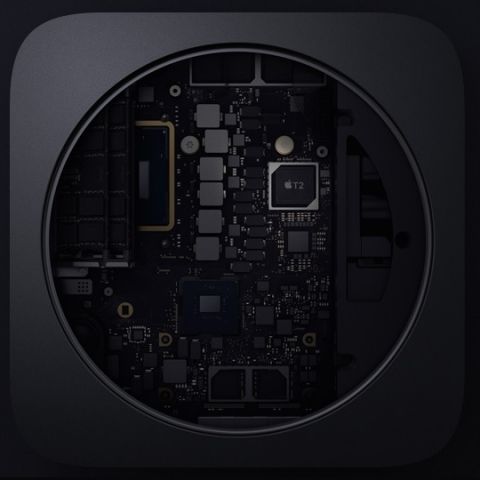 Apple has confirmed rumours claiming that the company is using new proprietary software diagnostic tools to repair MacBook Pros and iMac Pros that, if not used on key part repairs, will result in an “inoperative system and an incomplete repair”.

Last month, a report revealed that Apple has partially blocked the third-party repair on devices that feature the company’s custom T2 security chip, by using a proprietary diagnostic software. The report said that the only way these devices can be repaired is by using company's proprietary tools. Apple has now confirmed these claims to The Verge but reportedly could not provide a list of repairs that require proprietary tools and could not comment on whether the practice began with the iMac Pro’s introduction last year or if it’s a new policy.

The diagnostic software prevents third-party repairs of parts on the 2018 MacBook Pro that includes the display, Touch ID, keyboard, battery, logic board, trackpad and speakers, and for the iMac Pro, the tools are said to be required when repairs are made to the logic board and flash storage of the device. Not running the diagnostic software after any of these parts are replaced/repaired will “result in an inoperative system and an incomplete repair,” according to Apple's directive to service providers. The proprietary Apple diagnostic software is said to be available internally, only at Apple Authorized Service Providers and Apple stores, thus eliminating any chance of third-party repairs.

However, iFixit performed repairs and replaced the display and logic boards of the latest 2018 13-inch MacBook Pro and found that the laptop is working fine. iFixit claimed that even if there is a restriction that impairs devices that undergo third-party repairs, it has not been activated yet. “The T2 is ‘a guillotine that [Apple is] holding over’ product owners. That’s because it’s the key to locking down Mac products by only allowing select replacement parts into the machine when they’ve come from an authorized source — a process that the T2 chip now checks for during post-repair reboot,” iFixit CEO Kyle Wiens told The Verge.

“It’s very possible the goal is to exert more control over who can perform repairs by limiting access to parts. This could be an attempt to grab more market share from the independent repair providers. Or it could be a threat to keep their authorized network in line. We just don’t know,” Wiens added. According to Apple’s security guide, “The features of the Apple T2 Security Chip are made possible by the combination of silicon design, hardware, software, and services available only from Apple. These capabilities combine to provide unrivaled privacy and security features never before present on Mac.”

Apple’s T2 security chip reportedly comes with a hardware microphone disconnect feature for added security. According to Apple’s security guide, the hardware microphone disconnect feature physically kills the connection between the microphone and the rest of the hardware every time the lid of the MacBook is closed. This is done to prevent any software (with root or kernel privileges) either on macOS or on the T2 security chip from accessing the microphone. This prevents eavesdropping on a closed MacBook as no malicious software can reconnect something that’s physically removed.