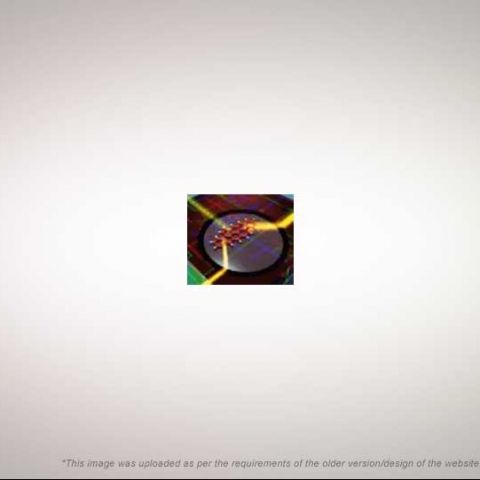 Computers that run on light

Contrary to what many think, science is as much about trying to break rules as it is about discovering them, and one of the "rules" which gets the most traction is Moore's Law.

Moore's law has been so accurate a prediction of the way silicon based computers evolve, that when faced with the challenge of breaking it, the best ideas are the most radical ones. From computers built on carbon-nano-tubules to quantum computers, to using black holes to run computations in another dimension (OK that last one is just Sci-Fi), we need to think outside the silicon box.

Computing using light is another out-of-the-box approach to break all barriers. Light as we have been constantly told, is the fastest thing possible. Nothing can go faster than the speed of light (except perhaps Tachyons).

Today, the fastest way to communicate involves sending light signals bounced off of satellites. Despite going across tens or hundreds of thousands of kilometers, light suffers only an imperceptible delay. This makes it a very lucrative replacement for electricity.

A computer is basically a collection of gates which control the paths in which current flows, and if we could find a way to do the same thing with light, we could see computers smaller, faster, lighter, than every before. Thanks to new research, we are now one step closer. 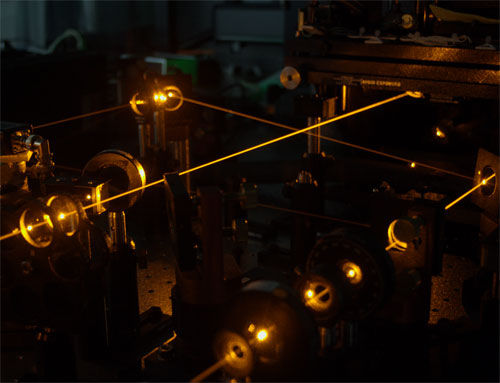 Whenever we want directed light that doesn't scatter away into nothingness, we think of LASERs (Light Amplification by Stimulated Emission of Radiation).

In a computer transistor, we control the flow of current through transistor using one electrode. We combine multiple transistors to form different gates, which provide the logical basis to the computer.

To achieve the same using light, we need to create a transistor like device which controls the flow of light instead of electricity. It is now this light-transistor which can then be used to recreate an entire computer's function.A newly developed technique allows a single molecule to act as a transistor! Using two lasers, one green and one orange, scientists could reproduce the function of a transistor. 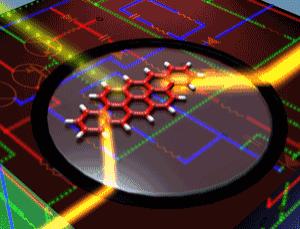 In the Swiss Federal Institute of Technology, Zurich, Vahid Sandoghdar and his colleagues, developed a special material, in which individual molecules could be used as transistors. The material is a suspension of hydrocarbon dye called tetradecane, in a organic liquid, which is frozen to a temperature as low as -272 °C using liquid Helium. The result: a crystalline matrix in which each dye molecule is a transistor!

This dye molecule has a special nature which enables this transistor operation. It can be used to control the strength of the Orange LASER using the Green LASER. The dye absorbs the Orange LASER, thus weakening the output, something that in terms of computing can be regarded as a zero. However when a Green LASER is trained on the same molecule, it begins emitting orange light of it's own. This emitted orange light constructively interferes with the orange laser and strengthens it. A binary one. Computers as you know are all about ones and zeros.

This is a significant step ahead in photonic computing, however the technology is still far away from becoming a common reality. It is too much to risk your limbs freezing off and breaking while operating our computer. Unlike the T-1000, we humans wont get second chances with Liquid Helium.

There are physical restrictions as to how far we can go with silicon, and as you get smaller and smaller, you reach a place where the simple laws of physics that we know of aren't sufficient. That is when we get into the territory of quantum physics.

A time will come when even to maintain Moore's law we will need to move away from silicon as the basis of electronics. That time though, is still far away, and for now we are slaves of Moore.