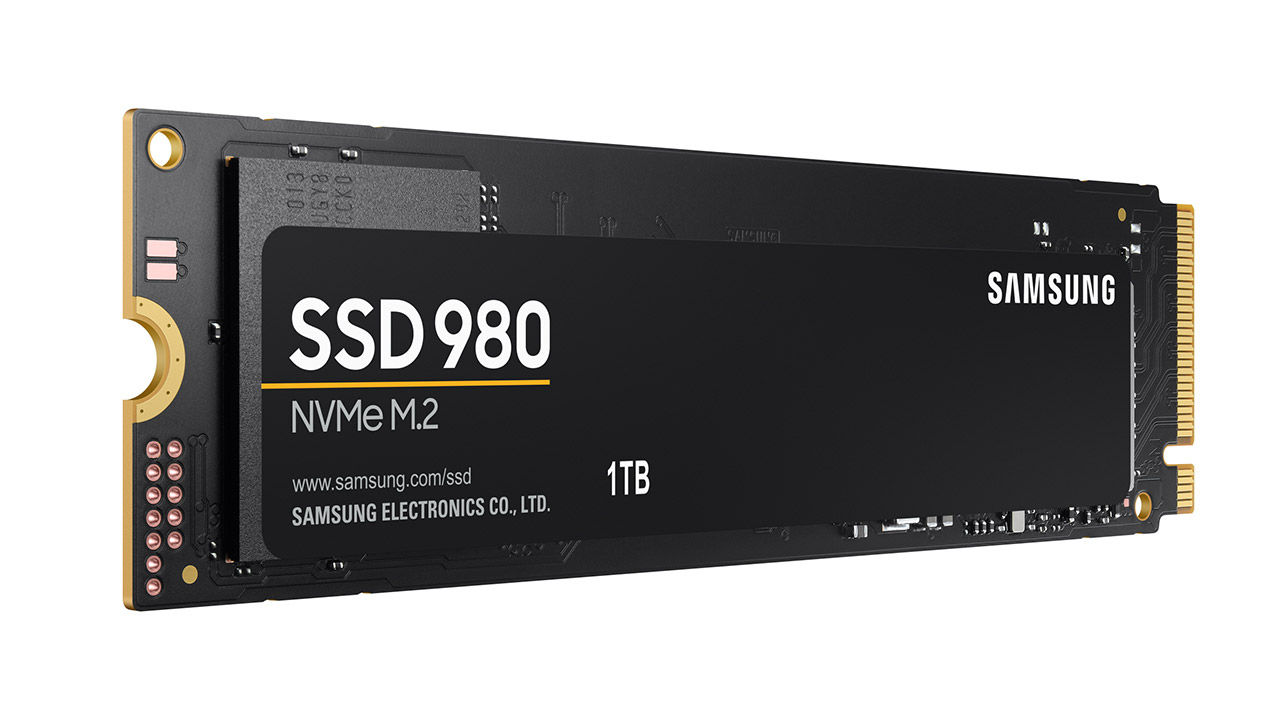 Samsung has launched the Samsung 980 in India in 250GB, 500GB and 1TB capacities, but at a notable markup

Samsung India has today announced the release of the Samsung 980 m.2 NVMe SSD into the Indian market. It is important to not confuse this drive with Samsung’s similarly named flagship drives, the 980 Evo Pro. The Samsung 980 will be available in India in 250GB, 500GB and 1TB flavours, with a price tag of Rs 6,499, Rs 8,999 and Rs 16,999 respectively. The new Samsung 980 drives are the successors to the Samsung 970 Evo drives which were launched in 2019.

The Samsung 980 is an NVMe drive in the m.2 form-factor and operates over PCIe Gen3, yielding a maximum advertised read-write speeds of 3500MB/s and 3000MB/s respectively. The Samsung 980 is an interesting drive because Samsung has done away with the DRAM on the controller, which has allowed the company to keep costs low for the drive. However, Samsung has managed to retain the 3500MB/s-3000MB/s read/write speeds by using NVMe Host Memory Buffer (HBM). The PCI-Express protocol allows for direct memory access (DMA) to the CPU’s main memory, which the Samsung 980 leverages. This is a smart move on the company's part as it allows them to sell a TLC NAND flash-based product, but without the expense associated with it. The company's T7 portable SSD is also a DRAM-less model.

The Samsung 980 drives have varied write tolerances, with the 250GB offering 60TBW, 500GB rated at 300TBW and the 1TB is rated for 600TBW. For context, if you were to get the 1TB drive, you could write 300GB of data to it every day for five years before the drive would start to fail. This is because the cells on the NAND flash have a limited number of times they can hold onto a charge. Buyers of the 250GB variant will have to be more mindful, given one-tenth tolerance.

What is interesting is that the India pricing of these drives are significantly higher than their USD pricing. For example, the 250GB drive is priced at 50 USD while the India price for the same is Rs 6,499, a 77 percent markup on the dollar price. The 1TB version has a 55 percent markup on the 150 USD price tag. Even the Pro-series of drives have a notable markup in India. Samsung has been a leader in the solid-state storage space for a while and with the Samsung 980, the company does have another solid offering for the masses, but the pricing is definitely going to be a hindrance. Samsung’s tagline of