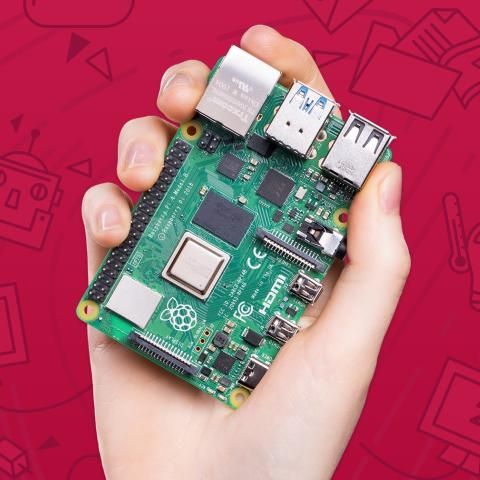 The Raspberry Pi is arguably one of the most popular single-board computers in the market. No bigger than a human palm, it is designed and manufactured by the Raspberry Pi Foundation. Earlier today, the company launched a new version of the tiny computer. Called the Raspberry Pi 4 Model B, it starts at the same $35 (Rs 2,500 approximately) as before. The model comes with a number of internal upgrades, including the support for maximum RAM.

According to a press release shared by the Raspberry Pi Foundation, the highlights on the new model include the new 64-bit ARM Cortex-A72 CPU, up to 4GB RAM support, full-throughput Gigabit Ethernet, Bluetooth 5.0, Dual-band 802.11ac wireless networking, two USB 3.0 ports and two USB 2.0 ports, and dual-monitor support at resolutions up to 4K. The variant that costs the same $35 as before comes with 1GB of RAM. The 2GB and 4GB RAM variants, however, cost $45 (Rs 3,150 approximately) and $55 (Rs 3,820 approximately) respectively.

Although the new model promises dual-monitor support at resolutions up to 4K, a review published by Tom's Hardware talks about jerky video playback on the new Raspberry Pi 4 Model B. “My biggest problems involved video playback. If I wanted to watch a YouTube video, I had to keep it in a window, because even in 480p resolution, it was jerky at full screen,” writes Avram Piltch of Tom's Hardware. Like most other Raspberry Pi models, the new Raspberry Pi 4 Model B is expected to be available in India in the near future.

Raspberry Pi 4 is here! A tiny, dual-display desktop computer, with three RAM variants to choose from, and all the hackability you know and love. On sale now from the familiar price of $35: https://t.co/d9iwVidexm #RaspberryPi4 pic.twitter.com/4fll4gx1Ax