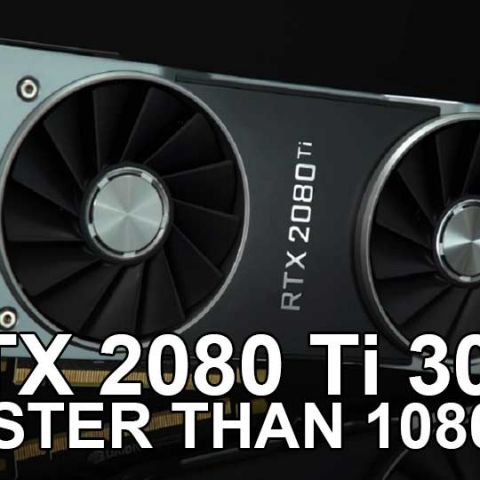 Performance benchmarks including video game FPS figures from the official Review’s Guide for the NVIDIA GeForce RTX 2080 and RTX 2080 Ti have been leaked by VideoCardz. From the benchmark figures we can see that the RTX 2080 and the RTX 2080 Ti are about 28-29% faster than their 10-series counterparts, i.e. the GTX 1080 and the GTX 1080 Ti. All benchmarks stated in the Reviewer’s Guide are with the resolution set to 4K, so there’s word on how these new NVIDIA cards perform at the more popular resolutions in use currently. What should also be noted is that the games selected for the reviewer’s guide are often better optimized for NVIDIA hardware and should not be considered a representative for the card’s actual performance across the board. With that being said, let’s look at the numbers.

It appears that the new RTX 2080 Ti and RTX 2080 don’t live up to all the hype we’ve seen so far. The average performance between the two generations seems to be around 28-29% while the price increase for the 2080 Ti is about 72% for the Reference card and 43% for AIB cards according to US prices. The RTX 2080 on the other hand has a similar performance increment but the price has only increased by about 14.31%. None of the above games have RTX enabled since most developers are pushing the RTX tech via a patch post-launch.

The RTX 2080 Ti and RTX 2080 are being launched a good two years after the Pascal based GTX 1080 Ti and GTX 1080. If we are to compare the current price to performance ratio of the four cards, then we see a graph that makes one think twice before pre-ordering the new cards. We’ve seen the GTX 1080 Ti and 1080 selling for around $400 on average with the cards used in mining operations selling for even less. Using $400 as the depreciated value of the Pascal cards we can chart the price-to-performance ratios as follows. 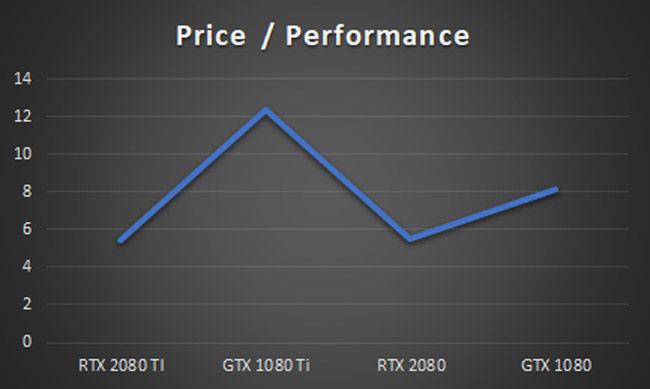 There’s no doubt that despite the performance increase of the new Turing based RTX cards, the older-gen Pascal cards offer a lot more value for your money. If you consider that both the older 10-series cards are extremely good at 1080p and 1440p gaming, which are the most popular resolutions currently, then the new cards don’t seem all that appealing.