MSI unveils Infinite A gaming PC, components ahead of Computex 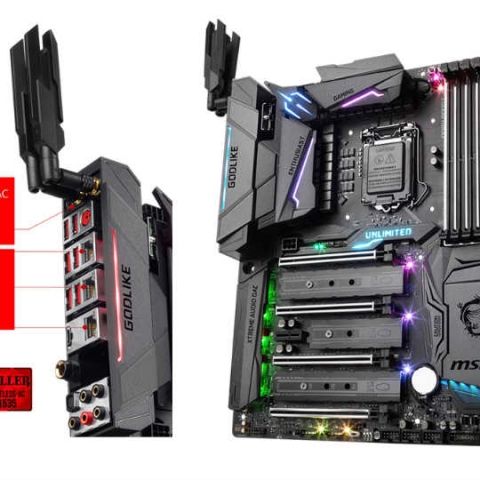 MSI has unveiled a new line of products ahead of Computex 2017. Leading the new product lineup is the Infinite A gaming PC, with partial RGB lighting on the front and a transparent side panel. The PC will be available in both Intel and AMD variants, and the company claims that it would be easily upgradable, especially if you would require more storage in future. The MSI Infinite A also houses the new MSI Silent Storm Cooling 3 thermal design. 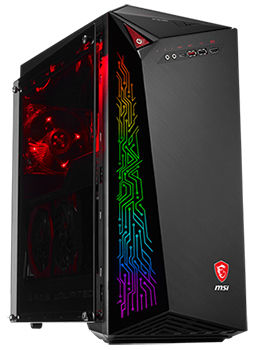 MSI has also updated its flagship Intel motherboard, 'GODLIKE GAMING', to base it on the Z270 platform. It has also partnered with Killer to make the motherboard work as a networking switch and as a Wi-Fi extender. The motherboard has three Turbo M.2 slots, USB 3.1 2nd gen ports, an ESS DAC and two dedicated audio processors. RGB lighting persists all over the board.

For its AMD customers, MSI has a new X370 motherboard. MSI says that the design of the motherboard is "influenced by the contours of a spaceship", and is built on the X370 AMD platform. MSI has included DDR4 BOOST, a new 13-phase power design, support for U.2 storage standard, USB 3.1 2nd gen, front USB-C header, and 'Mystic' Light RGB for customising gaming rigs to any color scheme.

MSI has also updated its all-in-one lineup with PRO 20EX AIO PCs, details of which shall be made available soon. The new lineup of products will be shown off at Computex 2017, and be introduced in India soon.