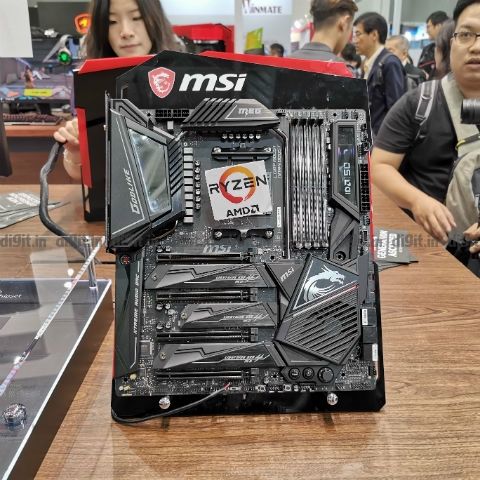 MSI has unveiled a number of motherboards under the X570 series 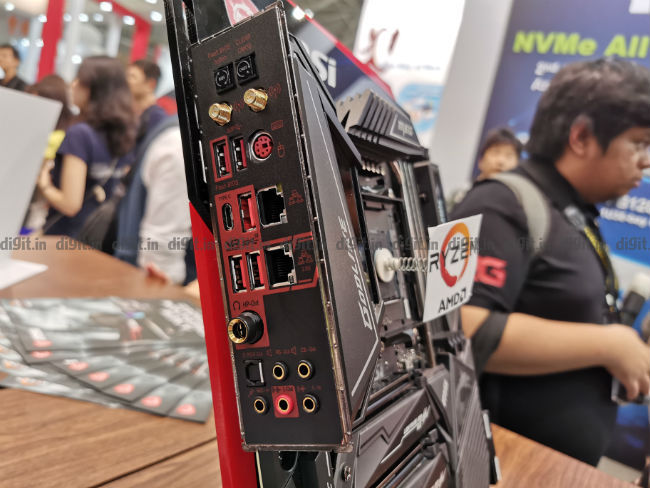 The MEG X570 Godlike motherboard packs an OLED display that shows the various hardware conditions. It also incorporates the Killer xTend network solution as well as the Killer Wi-Fi 6. For audio, the motherboard incorporates Xtreme Audio DAC. Other features include the new Frozr Heatsink Design that sports double ball bearings and a patented fan that packs the company’s Propeller Blade Technology and Zero Frozr Technology. This is then connected to an extended heat-pipe

While MEG X570 Godlike is aimed at gamers, the Prestige X570 Creation is geared towards content creators. The motherboard offers dual LAN with 10G Super LAN. It also offers Wi-Fi 6 standard, which is said to offer 3x bandwidth and lower latency. Like the MEG X570, it too offers Frozr Heatsink, extended heat-pipe and M.2 Shield Frozr. Users also get the new MSI Creator Center software. Which allows for adjustable system modes and resources.

Like the MEG X570 Godlike, the X570 Ace is also aimed towards gamers. The motherboard features PCIe 4.0 standard for M.2 and PCIe expansion slots. The company notes that the Gen4 M.2 can support up to 64GB/s bandwidth and offer faster transfer speeds. Like others in the series, the MEG X570 Ace offers the M.2 Shield Frozr to cool M.2 devices. Other thermal solutions include the Frozr Heatsink Design.

During Computex 2019, MSi also announced that they will be working with Phison for improved PCIe ecosystem. The company showcased that the MSI Lightning Gen4 M.2 slots on the MEG X570 ACE with the Phison Gen 4x4 MVMe Ps5016-E16 SSD were capable of recording a sequential read speed of 5000 MB/s. The company notes that this is an improvement over previous standards by over 150%.

The MSI GT76 Titan features a 17.3-inch display with a 144Hz refresh rate. The laptop packs 9th Gen Intel Core processors that can be overclocked to 5.0GHz. For graphics, the laptop is available with the Nvidia GeForce RTX 2080. For cooling, the device packs the Cooler Boost Titan. The company notes that this 4-fan and 11-pipe cooling design is capable of generating 2.25 times the airflow. Other features include the upgraded Kinner DoubleShot Pro which supports 2.5Gbps LAN and Wi-Fi 6. 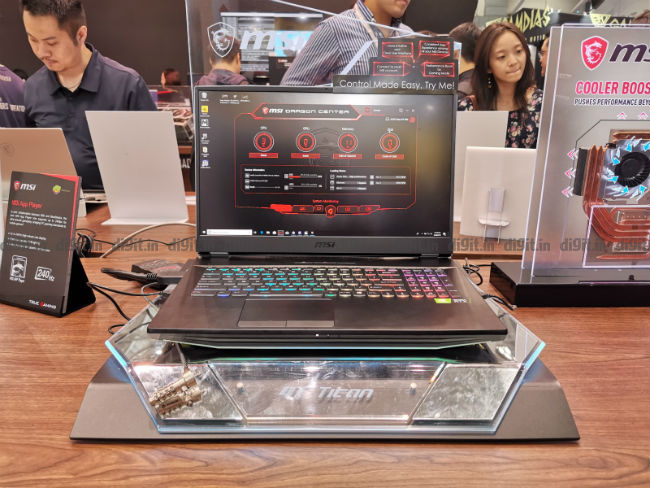 As the name would suggest, the P65 Creator is aimed at content creators. It packs a 15.6-inch panel, which MSI saus offers “close to 100%” of the sRGB gamut. It also comes with MSI True Color technology for better colour fidelity. It is powered by Intel’s 9th Gen Core i9 processor and sports Nvidia GeForce RTX graphics. The laptop also aims to offer portability and battery life. The MSI P65 Creator is 17.9mm thick, and the company claims a battery life of over eight hours.

MSI also unveiled a lineup of upgraded workstations, including the MSI WS65, which is said to be the world’s first laptop to be powered by the Nvidia Quadro RTX 5000 graphics card. Other features include a 4K display, glass touchpad, fingerprint reader, Windows Hello and TPM 2.0 crypto-processor technology. Other features include a white backlit keyboard and Thunderbolt 3.0 compatibility. MSI claims that the laptop can offer a battery life of over nine hours. It will be available in the US for $3,499 (approx Rs 2,44,601).

MSI announced at all of its WS and WE series of workstations, including the new WP series will offer Nvidia Quadro RTX graphics and 9th Gen Intel Core i9 processors. The company claims that their workstations offer MIL-STD 810G certification for ruggedness.