With a 52% IPC increment, 1800X beats beats Intel 6900K for less than half the price. Worldwide pre-orders begin today 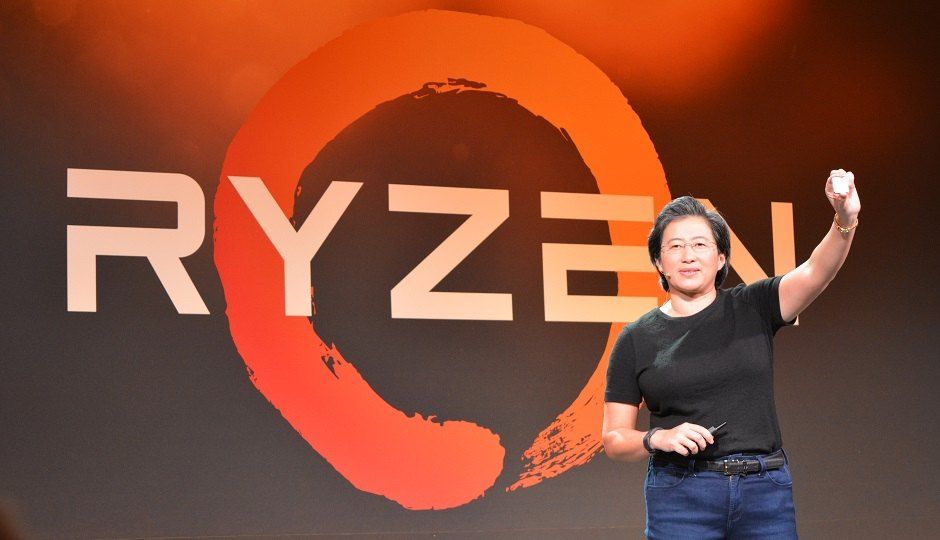 AMD Ryzen has been the crutch that many a fan boys have been leaning on for their arguments against Intel in the desktop PC market. Going by what we’ve seen at AMD’s Ryzen Tech Day event in San Francisco, them fan boys are sure going to be elated. After many years in development, Ryzen is AMD’s answer to regaining lost market share in the High-End Desktop Market (HEDT) which has been dominated by Intel for over a decade. Across multiple benchmarks showcased at the Ryzen Tech Day event, we saw the flagship Ryzen 7 1800X from AMD beating the Intel Core i7 6900K in multi-threaded applications. One would expect such a powerful processor which can beat the competition’s $1089 CPU to be priced similarly or even within a modest 20% margin. However, AMD has the Ryzen 1800X priced for $499 which is less than half the price of the competition. Currently, the price in India for the Intel Core i7 6900K is Rs.82,400 which is roughly post 14% taxation, if we are to apply similar values, then the price in India for AMD Ryzen 7 1800X would be roughly Rs.38,000. We don’t have the final pricing yet but all we can hope for is that AMD doesn’t play around with the pricing unfairly like it did with the RX 480 which launched for a ridiculous Rs.28,990 before dropping the price twice in under a month.

AMD issued the following statement in response to the Indian pricing issue for the RX 480:
“AMD is committed to ensuring consistency in product pricing across regions, in line with the company’s value proposition of delivering high performance, cost-effective products. Last year, the RX 480 was available at a price point higher than the global standard at launch, principally due to initial supply chain constraints, leading to limited availability of the final AIB board partner products. AMD acted swiftly and clarified the pricing of the product to the AIBs, while simultaneously working with them to fix the supply, following which this was corrected. With the Ryzen CPU line-up, AMD is confident that with ample supply, the pricing will continue to remain highly competitive and in line with global standards.”

Ever since we’ve started hearing about Ryzen, AMD has been going on about a 40% increase in Instructions Per Clock (IPC), and today we saw that they’d gone well past that goal to hit 52%. In case you’re wondering, such a leap between sequential architectures is unheard of as most generations can only manage between 5-10%.

So how good are the new processors? Let’s start with the Ryzen 7 1800X which is an 8 core 16 thread CPU. Clocked at 3.6 GHz with a boost clock goes all the way up to 4.0 GHz and a little extra wiggle room when the CPU hits 4.1 GHz thanks to XFR (Extended Frequency Range). In the demo showcased at the event, wherein the Ryzen 1800X was compared to the Intel 7700K and 6900K, the Ryzen 7 1800X scored 1612 in Cinebench R15 while the 6900K scored 1472 and the 7700K scored 960. Similarly, the Ryzen 7 CPUs were shown to have a lead in other multithreaded applications like video encoding during live streaming and heavily populated excel sheets.

Every Ryzen CPU is unlocked, which means you can get a Ryzen 7 1700 and overclock it all the way to 3.4 GHz and potentially equal the Ryzen 1700X in performance.

AMD clawing its way back

AMD has been making quite a headway into the PC market with its Polaris based GPUs, namely the RX 480, RX 470 and RX 460. In Q2 2016, AMD’s market share in the desktop GPU business rose to 29.9% from the previous year’s 18%. Even in a recent study by JonPeddie, AMD appears to have the largest unit gain, 10.5%, which means they’ve been shipping more GPUs. Even NVIDIA has been gaining in this particular segment which is all the more bad news for Intel as both AMD and NVIDIA are eating up its user base.

It’s not just desktop PCs, AMD has been making headway in the console market as both, the PS4 Pro and the Xbox One S, have AMD GPUs and OEMs like HP, Apple, Dell, Alienware and Lenovo have started coming out with more SKUs powered by AMD GPUs. Aside from Apple’s MacBook Pro, us Indians don’t get to buy the aforementioned products so we don’t see much of them.