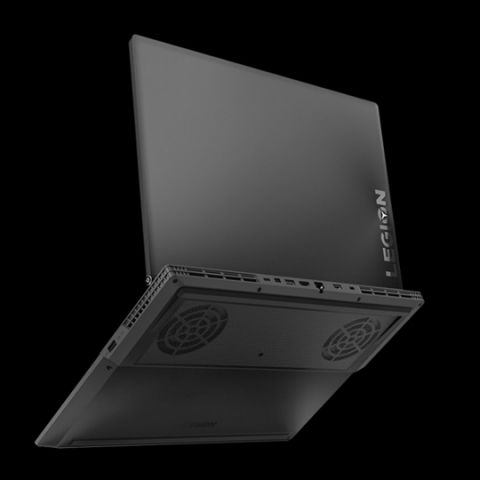 Gamers, are you ready to level up? Lenovo today ushered in a new era for its Legion gaming portfolio, unveiling a power-packed lineup of hardware with stronger processing muscle, that is stylish on the outside, and savage on the inside.

In line with Lenovo’s plans to double down efforts in the gaming market, the latest Legion evolution showcases game-changing designs that are distinctively different from their predecessors and in sync with what gamers today are looking for. Lenovo conducted extensive research among more than 750 participants from around the world, learning from gamers themselves about their wants and needs to bring them the ultimate gaming experience.

To celebrate the launch in India, Lenovo unveiled the new Legion range in New Delhi, amidst gamers, media and bloggers who experienced immersive gameplay on the stylish notebooks and desktops. Around the globe, Legion launch events saw excited gamers take on the Legion Mission Zone: an immersive and interactive showcase that took participants on a mission to uncover the Legion brand refresh and new products. Fans could also get up close and personal with the devices at the Legion Evolve Experience Zone, or explore the area completing tasks or quizzes to win unique iron-on patches. Meanwhile, an onsite gaming experience challenged attendees to fight it out on either Counter-Strike, Dota or PUBG, while a battalion of cosplayers roamed the floor, ready to ignite the Legion evolution.

Since its launch less than two years ago, Legion has gained a strong fan following, becoming a staple in gaming rigs worldwide and Asia Pacific – cementing itself as the top gaming laptop brand in Malaysia and #1 premium gaming laptop brand in Thailand, which are the two of the largest markets for gaming in the world.

“As the gaming community rapidly grows in Asia Pacific, it is important to cut through the stereotypes to understand what today’s gamer really wants: authenticity and portability. Furthermore, in such a fast-paced environment, devices need to be able to follow consumers wherever their passions take them. It’s no longer about housing the latest-generation specs, but also about having an appreciation for purposeful design that is both aesthetically pleasing yet incredibly functional,” said Shailendra Katyal - Executive Director & India PCSD Consumer Leader.

With the Intel Optane technology, a smart system accelerator that improves the performance and response of PCs through adaptive machine learning, gamers can now launch their favourite titles up to 2.48x faster; load game levels up to 32% more quickly than on other PCs; and rapidly save their progress with up to 2.1x better overall system performance, basking in total uninterrupted gameplay.

Legion Y530 Laptop
This 15.6” gaming laptop guarantees serious power for the avid gamer, delivering more muscle per millimeter than any 15" before it. Thermally optimized to run cooler and quieter with a full-sized white backlit keyboard, the Lenovo Legion Y530 is primed for those who demand gaming wherever life takes them. It is now at INR 85,585 + GST at the wide network of Lenovo Exclusive stores and multi brand stores such as Croma, Reliance Digital and Ezone/or order online at www.lenovo.com

Legion Y730 Laptop
The Y730 features the latest in gaming technology from Intel and NVIDIA wrapped in expertly crafted all-aluminum materials, forging a gaming laptop that is amazingly powerful and impossibly thin and light. It has over 16 million color combinations and effects visible from keyboard to ambient thermal lighting, for the ultimate customisable gaming experience. It is now at INR 96,025 + GST at the wide network of Lenovo Exclusive stores and multi brand stores such as Croma, Reliance Digital and Ezone/or order online at www.lenovo.com

Legion T530 Tower
This explosively powerful 28-litre desktop has been redesigned from the ground up to deliver a bold new look that houses the latest Intel gaming processors, discrete graphics, DDR4 memory, PCIe SSD storage and dual-channel cooling, all with external red system lighting. It is now at INR 86,299 + GST at the wide network of Lenovo Exclusive stores and multi brand stores such as Croma, Reliance Digital and Ezone/or order online at www.lenovo.com

Legion C730 Cube
Don’t let the compact size fool you – this 19-litre gaming PC has all the hardware players need for a breathtakingly immersive gaming experience. The latest Intel K processing, NVIDIA graphics, and overclocked Corsair memory, all housed in a chassis featuring a dual-channel thermal system with RGB system lighting and transparent top panel, come together to deliver a truly evolved design. It is now at INR 1,34,599 + GST at the wide network of Lenovo Exclusive stores and multi brand stores such as Croma, Reliance Digital and Ezone/or order online at www.lenovo.com

Legion T730 Tower
Combine style with power with this 28-litre desktop starring: customizable RGB LED system lighting, a transparent side panel, optional liquid cooling, and extreme processing and graphics power with overclocking options to completely immerse gaming fans in their favorite titles. It is now at INR 134599+ GST at the wide network of Lenovo Exclusive stores and multi brand stores such as Croma, Reliance Digital and Ezone/or order online at www.lenovo.com

In terms of software, the new and improved Vantage Nerve Center now offers gamers more options in personalising their set-up. Be it ramping up fan speed, turning on network priority or even adjusting keyboard lighting, the application helps boost system performance so players can take their gameplay to the next level.

Lenovo will also be furthering its efforts in developing local gaming ecosystems and providing increased support and engagement for Legion fans:

In May, Lenovo reaffirmed its commitment to the gaming community by teaming up with Ubisoft in an exclusive global partnership. It furnished Tom Clancy’s Rainbow Six Siege Pro League eSports LAN events with Legion desktops, laptops and monitors, and invited fans to join in the action through contests and exclusive prizes

Lenovo has associated with Nvidia for a series of streaming programs

“These generation-on-generation improvements are not only a testament to Lenovo’s best-in-class engineering and innovation, but our commitment to keeping in touch with the gamers of today. Having a deep understanding of what gamers need has always been iconic of Legion’s brand DNA. Gamers – you spoke, and we listened. As people passionate about technology, Lenovo’s investment in research and development is about bringing to life the innovations we ourselves would love to use for the ultimate gaming experience,” Shailendra Katyal - Executive Director & India PCSD Consumer Leader
said.