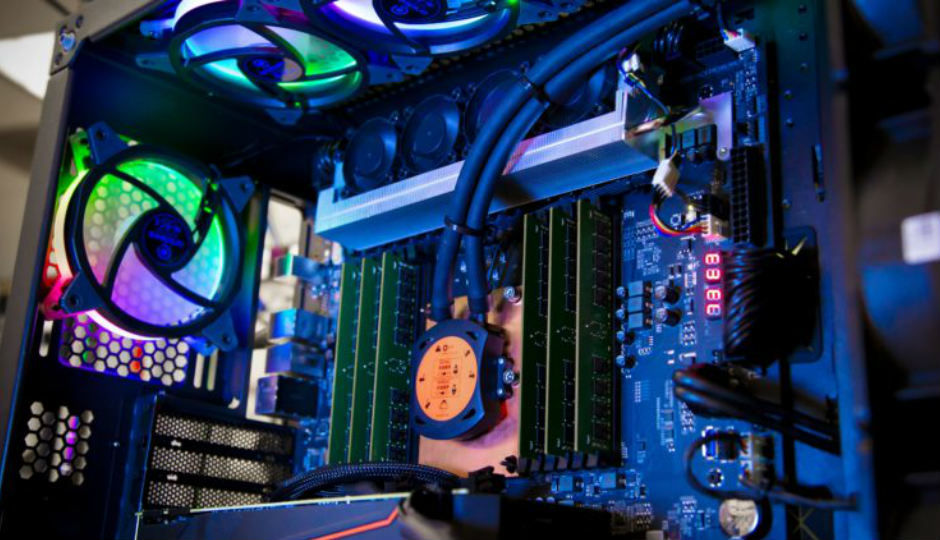 The flagship Intel Xeon W-3175X that was last showcased at Computex 2018, in Taiwan. It is now finally available for sale. The high-end desktop processor has the highest core count ever released by the chip-maker for the HEDT platform. It also happens to be the most expensive Intel processor with a retail price of $2999, a whopping $1000 more than the Core i9-9980XE, the company’s flagship Core-series processor for desktops.

The high-end desktop processor saw various delays since its announcement back in June. It was previously thought to launch by the end of 2018. Finally, at the end of January 2019, the chip has been made available. Intel had not disclosed the pricing of the processor all this while as well, and only now do we know about the exorbitant price of the processor.

The processor comes with 28 cores and 56 threads. The base clock of the Intel Xeon W-3175X is set a 3.1GHz while it can go up to 4.3GHz in maximum single core turbo. The chip has a TDP of 255W and houses a 38.5MB cache, 68 PCIe lanes (44 directly from the CPU), and a fully unlocked design for overclocking. The CPU also supports six-channel DDR4 memory including ECC memory.

The company claims the processor is different from any other Intel desktop processor for the features it touts. The high-end specs are extremely important for tasks like editing and rendering 3D videos. The CPU uses Intel’s Mesh Architecture that promises low latency and high data bandwidth between the CPU cores, cache, memory and I/O. There’s Intel’s Extreme Tuning Utility, that allows for precise optimisation with unlocked processors.

The CPU can support 6-channel DDR4 memory up to 512GB at 2666MHz alongside EEC and standard RAS support. The processor will require the Asetek 690LX-PN all-in-one liquid cooler. It’s a custom created solution that’s sold separately by Asetek.