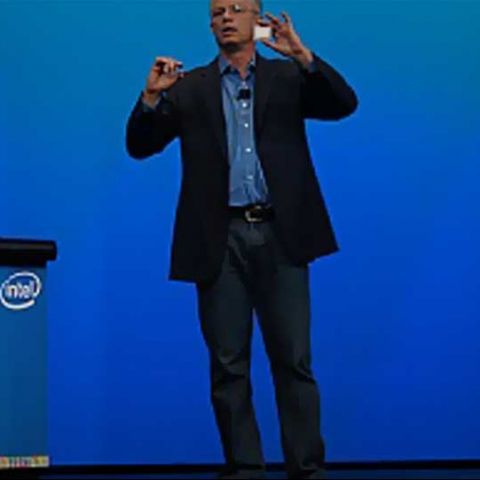 SAN FRANCISCO - It's the goal of almost every new technological innovation, at least on the component level, to deliver more performance for less of a power cost than previous-generation products. At the Intel Developer Forum here on Tuesday, Intel committed itself to pursuing exactly that goal with its upcoming fourth-generation Core microarchitecture, code-named Haswell.

Intel senior fellow Tom Piazza joined Intel fellows Hong Jiang and Per Hammarlund, and senior principal engineer Ronak Singhal in a Technology Insight session to provide a detailed examination of the new 22nm technology at IDF, which is expected to replace Intel's current third-generation Core ("Ivy Bridge") processors in desktops and laptops in the first half of 2013. Their talk focused on a number of Haswell's innovations, but placed a special emphasis on power usage, which will help Haswell function equally well in servers, tablets, and every form factor of system in between.

The power savings will be obtained in a number of ways, beginning with the new graphics system. Intel expects Haswell's graphics performance to be twice that of Ivy Bridge at the same power level—and thus the same performance when half the power is being used. Singhal stressed that Intel is going for "all-day experiences," and is thus improving power management whether the system is active or idle.

Active (S0) and sleep (S3 and S4) states use less power by default. The former accomplishes this through Turbo Boost improvements that enable more turbo with better load balancing, and a decoupled frequency that lets the chip devote improved power or performance to the activities that need them most. The latter use optimized power delivery to enable fine-grain power gating and additional optimizations in the manufacturing process (which also help systems resume from sleep states more quickly). There's also a new extremely low-power active state called S01x.

Intel is also working to decrease power usage in other areas, by introducing things like Panel Self Refresh (PSR), which shuts down video processing when the image does not change, and by adding new link power management states to frequently used systems like USB, SATA, and PCI Express.

Altogether, Intel claims, these represent a 20x improvement in power usage from the previous generation. That would have a major impact on battery life, something Intel remains focused on as it continues to increase its focus on tablets and ultrabooks.