Gigabyte launches new motherboards along with a gaming monitor

Gigabyte has announced a new gaming monitor and motherboards. The company has launched the AORUS CV27F Tactical Monitor. 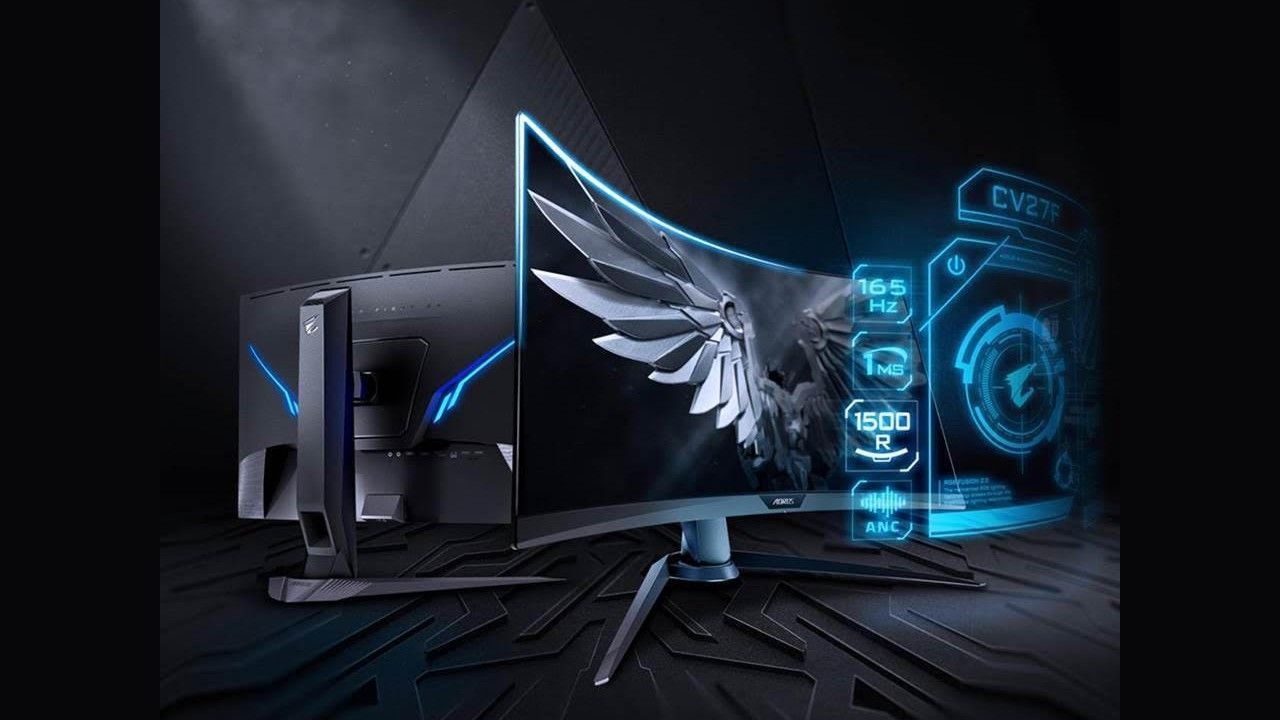 Gigabyte launches new motherboards along with a gaming monitor

Gigabyte has announced a new gaming monitor and motherboards. The company has launched the AORUS CV27F Tactical Monitor. The CV27F uses a 27-inch FHD (1920x1080 resolution, 16:9 ratio) 1500R curved VA panel. Further, it has launched the X299X Series of Motherboards based on the newly upgraded X299 chipset. The new motherboards feature a 16-phase digital power design, an 8-DIMM Quad Channel DDR4 design with up to 256GB memory support to handle memory-intensive tasks such as file conversion, video editing, and more with ease.

The AORUS CV27F monitor gives users 1ms (MPRT) response time and 165Hz refresh rate, along with 90% DCI-P3 and 8 Bits of colour. It supports AMD Radeon FreeSync 2 HDR technology that provides LFC (Low framerate compensation) techniques. It has features like black equaliser, aim stabiliser, GameAssist and more. GameAssist is a kit of OSD functions that helps users in-game. It includes a customizable crosshair, a counter, a timer, and multi-screen alignment lines.

With up to 16-phases, the power designs on X299X motherboards are geared towards the most efficient performance on Intel Core X series processors. They have built-in Intel Thunderbolt 3 via two USB Type-C interfaces for 40 Gb/s bandwidth, which not only saves time but also facilitates transfers of larger files.

Built-in NVMe PCIe x4 M.2 slots on GIGABYTE X299X motherboards provide single slot transmission speeds up to 32Gb/s. For the M.2 slots, users can choose to allocate the lanes from the chipset or CPU to install Intel Optane Memory or set up VROC disk array for storage performance. To combat thermal throttling and prevent excess heat from slowing down read/write speeds on M.2 SSD devices while they are operating at high speeds, Gigabyte has implemented M.2 Thermal Guard to ensure that heat doesn’t slow M.2 SSD performance.

The GIGABYTE X299X series motherboards will be available soon.

Gigabyte has also announced the Zero Bright Dot Guarantee for all the AORUS tactical gaming monitors. It is valid within one year of original purchase.