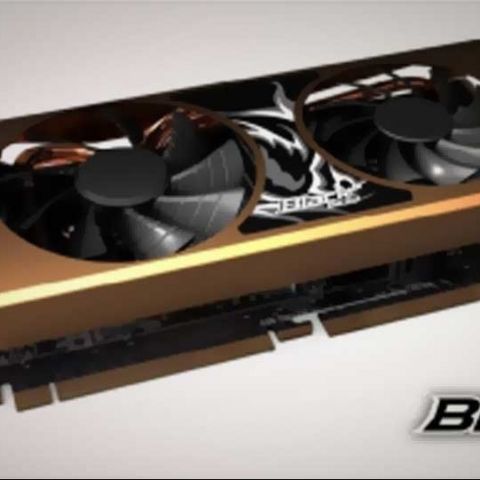 Elitegroup (ECS) has introduced its new GTX680 Black Series graphics card, which according to the company, combines “graphics power, rock solid reliability, low noise and tweakability in one unbeatable package.”

ECS says its new GTX680 Black Series card harnesses the raw power of the latest NVIDIA GeForce GTX 680 GPU, and it is backed by the stability of ECS Nonstop Certification, which delivers a hassle-free computing experience by solving common PC hardware problems before they can even occur, protecting gamers from crashes, instability and poor performance.

For now, India pricing of the GTX680 Black Series graphics card has not been officially announced, however, street prices should be between Rs. 31,000 and Rs.35,000.

The ECS GTX680 Black Series graphics card can be relied on for stability and reliability far into the future, thanks to a military-level assault course of tests that checks and stresses critical components for 72 hours straight and at temperatures up to 50º C (122º F). This is combined with high quality components and shielding. Nonstop boards use solid capacitors throughout, and Electrostatic Discharge (ESD) Protection circuitry, to ensure long lifetimes with unsurpassed reliability.

Of course, ECS recommends you combine the GTX680 with an ECS Black Series motherboard for the ultimate gaming platform. The GTX680 Black Series graphics card bears five heatpipe coolers, for enhanced heat dissipation, along with dual fans, and an gold-plated aluminum upper cover.

The GTX680 Black Series comes with a specially-designed ECS tweaking utility, allowing users to adjust the GPU clock speed and the memory clock speed. The ECS GTX680 Black Series runs on 2GB of 6008MHz (effective) GDDR5 RAM, with a 256-bit memory bus. The core clock runs at 1040MHz. The card also features a PCI-e 3.0 interface, and can support multiple displays (up to 4), via the dual-link DVI, HDMI and DisplayPort output ports.

The new Kepler series of Nvidia GeForce GPUs comes with Microsoft DirectX 11 with Shader Model 5.0, and OpenGL 4.2 support, apart from PhysX, CUDA, and PureVideo features. It comes with two new anti-aliasing Modes, FXAA and TXAA, for smoother graphics with a minimal performance impact, as well as SMX Power Efficiency, GPU Boost, support for up to three cards in SLI mode, 3D Vision and 3D Vision Surround, and Adaptive VSync. For more details about the Kepler series, refer to our previous coverage.