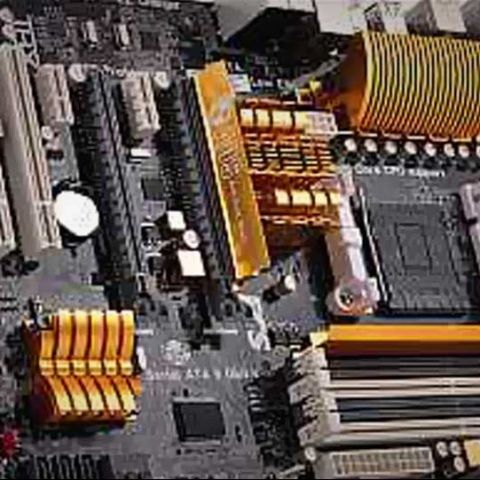 ECS just announced its high-performance board for the AMD platform called the A970M-A Deluxe in India today. Based on the AMD 970 SB 950 chipset, the board can support the AM3 and AM3 CPUs. Being a Black Series motherboard, the A970M-A is built for overclocking.

The newest feature includes the Anti-Dust Shield (ADS) technology which prevents dust build-up on the motherboard. This is a common issue specially in a country like ours. The dust build-up on motherboard components is a major cause for instability, faults and poor performance. Over time, the dust build up may also lead to overheating, short circuits and issues with memory modules or graphics card. It will be interesting to see how ECS boards actually tackle this issue.

The UEFI BIOS has been revamped with a better graphical interface. Here is an official video giving an overview of the revamped BIOS.

The ATX format A970M-A DELUXE features 2 PCIe Gen2 x16 slots for high-speed graphics card upgrades and CrossFireX support, as well as 2 PCIe Gen2 x1 slots and 2 PCI slots for other cards. Up to 32 GB of dual channel DDR3 memory can be installed in 4 DIMMs, with a maximum standard speed of 1866 MHz, or up to 2133 MHz for overclockers. There are 5 SATA 6 Gb/s connectors for high speed disk drives and other storage devices.

Expansion and connectivity options in the A970M-A DELUXE include 2 USB 3.0 ports, 8 USB 2.0 ports, Gigabit LAN, and a eSATA 6Gb/s connector for high-capacity portable storage. There are also 3 internal USB 2.0 headers which can support an additional 6 USB 2.0 ports if required.