Cooler Master launches its Thunder series of PSUs in India 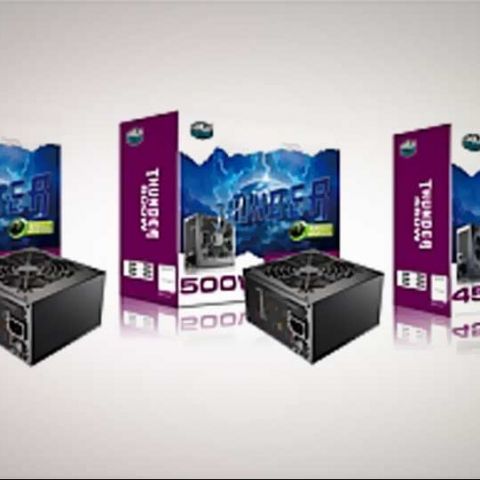 Cooler Master has launched its new Thunder series of power supplies in India, in three models – 450W, 500W, and 600W. According to Cooler Master, the Thunder series has been designed ‘ground up for basic and mainstream computers’, and are supposedly ‘highly-efficient, reliable and powerful’.

The Cooler Master Thunder series is meant for users that need clean and stable power at a reasonable price. Specially designed to deal with the widespread voltage fluctuation problems in India, the Thunder series PSUs can apparently withstand fluctuations between 180~264VAC.

The Thunder series’ dual-layer EMI filter has been fitted to take care of stray interference. The new PSUs’ higher-capacity input capacitors can produce holding times of >14ms under full load. Protection circuits are also integrated for safeguarding PCs against electrical hazards such as over voltage, over power, over current and short circuits. According to Cooler Master, all this gives the Thunder series and impressive MTBF (Mean Time Between Failure) of at least 100,000 hours.

The Thunder series power supplies will come with 3 years warranty. You can check out the pricing of the three models below: 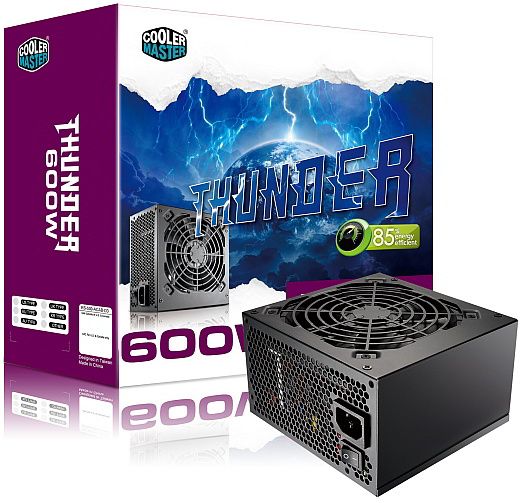