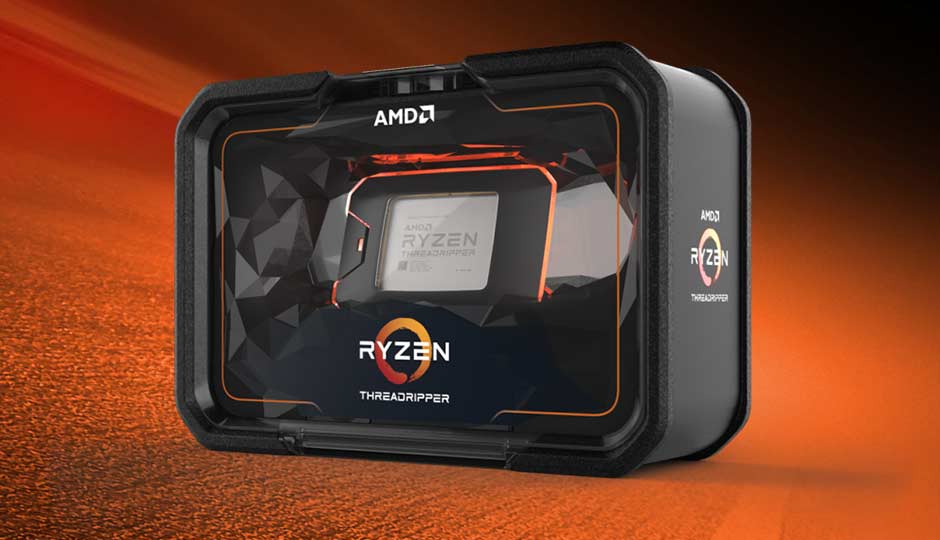 AMD’s Threadripper was quite a gamechanger when it launched last year. With desktop chips offering as high as 16 cores and 32 threads, the processor did shake up Intel’s camp. Now, AMD has announced the second generation of the Threadripper series of desktop CPUs, raising the stakes even higher.

The second generation of Threadripper includes 4 SKUs; 2920x, 2950x, 2970x and the 2990x, in increasing order of cores. The cheapest of the four, the Ryzen Threadripper 2920x will retail for $649 and sport 12 cores with 24 threads, operating at a base clock speed of 3.5GHz and a boost frequency of 4.3GHz. The top of the line chip in the lineup is the Ryzen Threadripper 2990x with a retail price tag of a whopping $1799 with 32 cores/64 threads and a base clock of 3.0GHz. The details of all four SKUs are there in the table below.

Interestingly, while the most powerful and most expensive of the four chips start shipping today, the 2920x and the 2970x will ship later this year in October. We had earlier covered the price of the Ryzen Threadripper 2990x being leaked through a Canadian website, pegging the chip at $1500, however, the official announcement has an even higher price tag for premium performance. The second generation does see a significant price hike in comparison to the price tag the first generation of Threadripper chips sold for. For example, the Threadripper 1920x which has 12 cores and 24 threads with a base clock of 3.5GHz retails for $486, but the Threadripper 2920x which has the same number of cores/threads and base clock costs $649. Of course, the comparison isn’t as simple as apples-to-apples, but given the significant price hike for the second generation processors, there will be far more scrutiny on just how much performance improvement they offer over the predecessors.

As of now, the price and availability have only been announced for the US, but we have been informed that the AMD Ryzen Threadripper 2990x will retail for Rs 1,25,990 + taxes in India, although a shipping date has not been shared.