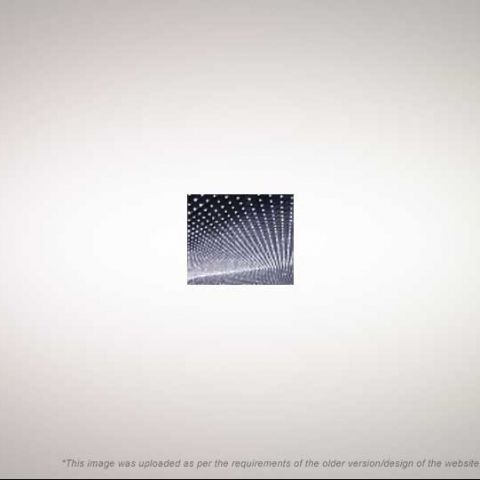 Researchers at the Fraunhofer Institute of Telecommunications and the Heinrich Heinz Institute in Germany claim they have developed a practical implementation of Visual Light Communication (VLC), achieving an 800Mbps Optical WLAN connection, using flickering LED lights for line-of-sight networking.

While the idea of using LED lights that flicker faster than the human eye can perceive for data transmission purposes it not very new, and has been tried several times before, this particular implementation is practical in that it is fast enough, and reliable enough to be actually used in real world applications, where rooms bear large arrays of white, green, blue and red LED light sources which transmit discrete data over flickers to optical receivers connected or embedded in PCs, media players or mobile units.

There, however, are plenty of disadvantages to line-of-sight networking, as it can easily be interrupted if temporarily blocked or covered, and, the necessity of having a lit environment for the data transmission to work has also to be considered. All in all, VLC will probably never replace radio-based wireless networking, but might have some uses in certain locations, and also augment traditional data networks.

“It is best suited as an additional option for data transfer where radio transmission networks are not desired or not possible – without needing new cables or equipment in the house. Combinations are also possible, such as optical WLAN in one direction and PowerLAN for the return channel. Films can be transferred to the PC like this and also played there, or they can be sent on to another computer.” 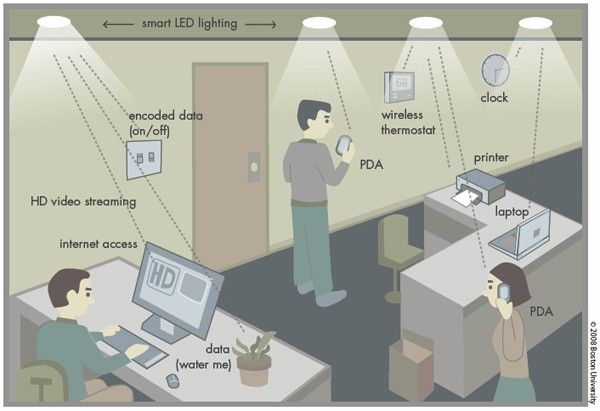