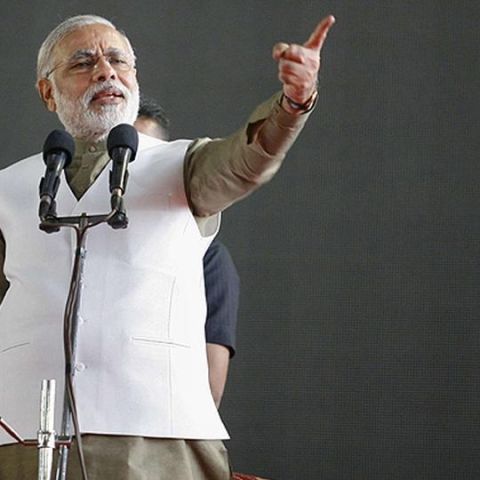 According to the Twiplomacy report, Narendra Modi has become the fourth most followed Twitter world leader.

An annual global study of world leaders has revealed that Indian Prime Minister, Narendra Modi, who is the fourth most "followed" world leader on Twitter, has overtaken the White House in terms of number of followers on the microblogging site.

According to Twiplomacy, a study conducted by global public relations and communications firm Burson-Marsteller, US President Barack Obama is the most followed leader on Twitter with 43 million followers, Pope Francis has over 14 million, Yudhoyono has over five million followers, Narendra Modi has 4,981,777 followers followed by White House with 4,980,207 followers.

"Since his election in late May 2014, Prime Minister Narendra Modi has become the fourth-most followed world leader on Twitter, with 4,981,777 followers. He surpassed the United States' White House account (4,980,207) today and is using Twitter as a power tool to broadcast his messages," the updated study said.

The study also revealed that more than 83 per cent of all United Nations (UN) governments have a presence on Twitter, and two-thirds (68 per cent) of all heads of state and government have personal Twitter accounts. The data was collected in June 2014 from the accounts of 643 heads of state and government, foreign ministers and their institutions in 161 countries worldwide looking at more than 50 variables using Twitonomy.

“This study illustrates that while the number of followers is important, the number of mutual connections is even more important”, said Jeremy Galbraith, CEO of Burson-Marsteller Europe, Middle East and Africa and Global Chief Strategy Officer. “It is interesting to see how foreign ministries have created large digital networks on Twitter where not every tweet is approved by lawyers and press officers. Corporations and CEOs can learn a lot from politicians on Twitter, in terms of embracing digital tools for communications and how to connect with peers and influencers.”

After winning the Lok Sabha elections, Modi has seen a massive popularity on social networking sites. A recent report has found that Modi's Facebook page has the second highest fan following for politicians after US president Barack Obama. His page is the fastest growing for any politician or elected official worldwide.