Now a campaign to help you quit Facebook for 99 Days! 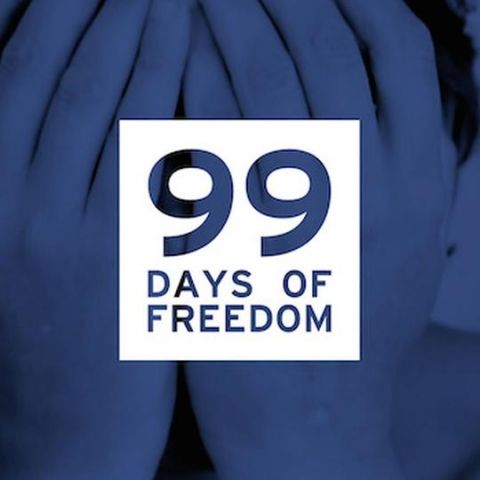 A non-profit group is conducting a psychological experiment, challenging users to take a Facebook break and find out if it makes them happier.

“99 Days of Freedom,” is a non-profit initiative from Dutch creative agency Just that wants participants to quit social network for more than three months.

Facebook’s 1.2 billion users spend an average of 17 minutes daily on the social networking site, which is more than 28 hours of wasted time over three months. The non-profit’s directors suggests using that time to learn new skills, volunteer, hang out with friends and share on message boards what they are doing in their Facebook free time.

To participate in the campaign you have to change your profile picture to one that says "99 Days Of Freedom," then create a personalised countdown and share it on Facebook. Once you post the countdown, it starts ticking down. However, the 99 Days website has no means of tracking whether you actually follow through the program.

Just’s Art Director, Merijn Straathof, explained that the project came from brainstorming after news of Facebook’s controversial mood experiments went viral. “As we discussed it internally, we noted an interesting tendency: To a person, everyone had at least a ‘complicated’ relationship with Facebook,” Straathof said. “Then someone joked, ‘I guess that the real question is, ‘How do you feel when you don’t use Facebook?’ There was group laughter, followed by, ‘Wait a second. That’s a really good question!’”

Straathof and his team does not ask participants to delete their profiles permanently but rather post a “time-off” profile picture for the duration and see if that makes users happier or not.

“Facebook is an incredible platform, we’re all fiercely loyal users and we believe that there’s a lot to love about the service,” Straathof said. “But we also feel that there are obvious emotional benefits to moderation.”

The campaign comes after Facebook's controversial mood experiment, where researchers at Facebook published a paper in which they revealed that they had played with almost 700,000 Facebook users' News Feeds to see if they could alter peoples' moods.