Xiaomi has announced discounted prices for Redmi 6 lineup, which will be applicable for a limited time period. The new pricing will be available from February 6 to February 8. 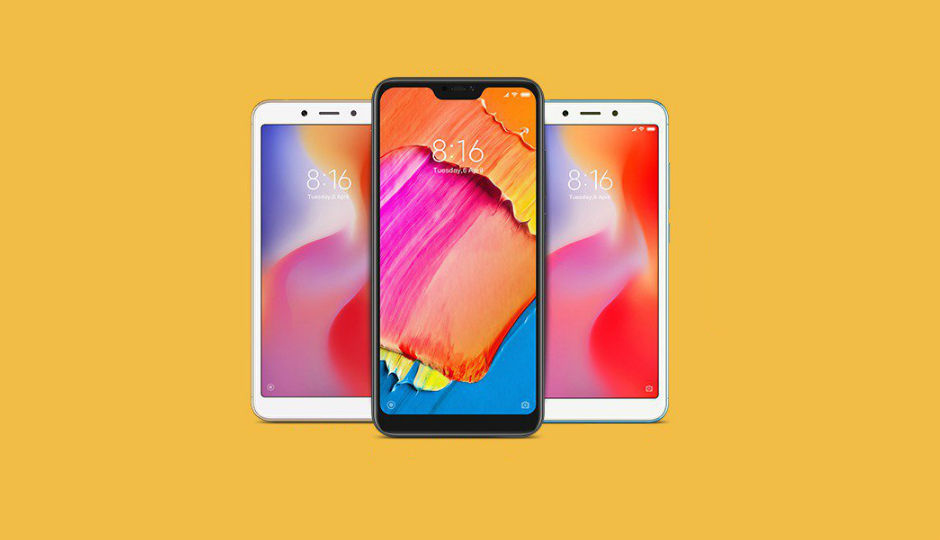 Xiaomi has announced a limited time price cut on its Redmi 6 series of smartphones. The Redmi 6 Pro, Redmi 6A and the Redmi 6 will be available at a lowered price from February 6 to February 8 on Mi.com, Amazon.in and Flipkart. Additionally, those who purchase the phones via Flipkart will also get to avail an additional Rs 1,000 off on exchange. The 3GB RAM + 32GB storage variant of the Redmi 6 Pro will be available at Rs 8,999, down from its launch price of Rs 11,499. The 4GB + 64GB version of the phone also gets a discount and will be available for Rs 10,999, instead of its MRP of Rs 13,499.

The Redmi 6A and the Redmi 6 will also be available at lowered prices during the aforementioned days. The Redmi 6A with 2GB RAM + 32GB storage will be up for sale at Rs 6,499, while the 3GB RAM + 64GB storage version of the Redmi 6 will be up for grabs at a discounted price of Rs 8,499. The two phones were announced priced at Rs 7,999 and Rs 10,499 respectively. The company announced the news via the Redmi India Twitter handle and also took a dig at the Samsung’s new M series of smartphones that have gone up for sale today. The company’s tweet reads, “Time for some Real deals! As a 'M'illennial be smart and choose wisely!”

Time for some Real deals! As a 'M'illennial be smart and choose wisely! pic.twitter.com/jWc3bnTxrz

The Redmi 6 Pro was launched last year in September. The smartphone features an aluminum build and comes equipped with a rear-mounted fingerprint sensor. It is powered by the Qualcomm Snapdragon 625 SoC and comes equipped with a 5.84-inch Full HD+ ‘notch’ screen with a 19:9 display aspect ratio. In terms of optics, the handset features a dual rear camera setup that supports EIS. There's a 12MP Sony IMX 486 primary sensor and a 5MP secondary Samsung sensor on the rear. The handset is powered by a 4000mAh battery and runs on MIUI 9.6 based on Android Oreo.

Talking about the specs, the Xiaomi Redmi 6 sports a 5.45-inch HD+ 18:9 display with a resolution of 720 x 1440 pixels. Under the hood, it is powered by the MediaTek Helio P22 SoC and comes with 3GB RAM and two storage options, one with 32GB and 64GB of storage. The internal storage can also be expanded up to 256GB via a microSD card. The handset runs on Android 8.1 Oreo with Xiaomi’s own MIUI 9.6 on top. Coming to the camera, the Redmi 6 sports a dual-rear camera setup with a 12MP + 5MP sensor configuration. On the front, it features a 5MP selfie camera. It is backed by a 3000mAh battery.

To recall, the Redmi 6A is powered by the MediaTek Helio A22 SoC. It comes in the two variants mentioned above, both with 2GB RAM and options to select between 16GB and 32GB of inbuilt storage. The device sports a 5.45-inch HD+ screen with an 18:9 display aspect ratio and has a resolution of 1440x720 pixels. It runs on MIUI 9.6 atop Android 8.1 Oreo out-of-the-box and is backed by a 3000mAh battery. In terms of optics, the Redmi 6A comes equipped with a single 13MP rear camera sensor with f/2.2 aperture and PDAF support. On the front is a 5MP sensor for selfies.

Xiaomi previously slashed the prices of five of its handsets. It previously lowered the pricing of the Redmi 6, Redmi 6 Pro, Redmi Note 5 Pro, Mi A2 and the Redmi Y2 smartphones.