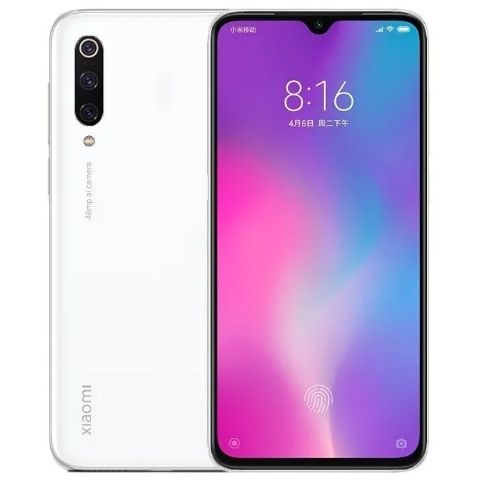 It is likely to have an advanced beautification mode.

The rear camera will house a 48MP Sony IMX586 sensor.

Xiaomi has confirmed that its upcoming CC9 smartphone will be equipped with a 32MP selfie shotter and 48MP rear camera. The company made the announcement by sharing a poster on Chinese social media platform Weibo, and claimed that the camera technology will “restore the true natural skin texture.” As per this statement, obtained by a quick translation via Google Translate app, it is safe to say that the phone is likely to have a better beautification technology than what it offers in its phones currently.

Xiaomi will launch the CC9, and apparently a lighter version of the model CC9e, at an event which will be held at 7pm local time (4.30pm IST) on July 2 in Beijing, China. The CC-Series is the new smartphone series that Xiaomi has launched in partnership with fellow Chinese brand Meitu. The company has started to tease the phone in China, and it recently shared a video in which Xiaomi CC Product Manager and Brand Spokesperson Cici was seen using the phone. 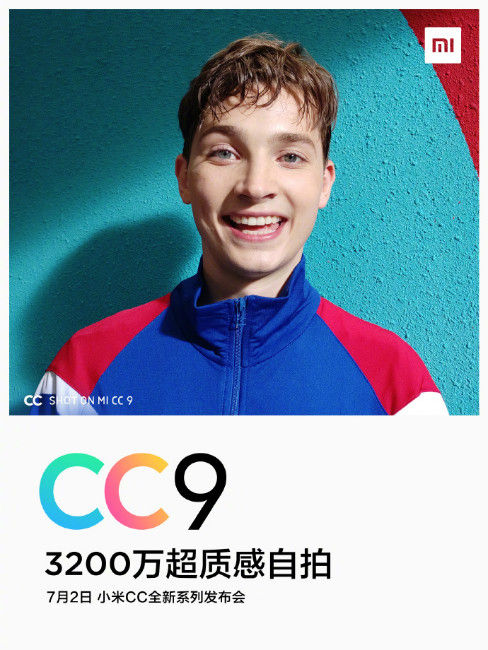 However, the company censored the design of the phone. We could only see the display of the device that sported a waterdrop notch. It is now confirmed that the camera in the notch will have a 32MP sensor the CC9 won’t have the flip camera, like we have already seen on the Asus 6Z. This further leads to the speculation that the CC9e will have the flip module that will work as the rear camera and the selfie shooter. We’ll have to wait for more teasers from the company to get clarity on it.

Now, moving on to the rear camera setup, Xiaomi has also confirmed that its rear camera setup will have a 48MP Sony IMX586 sensor. The images making rounds on the internet have showed a triple camera module on the back. It is also clear from the image below that the phone will sport a telephoto lens. 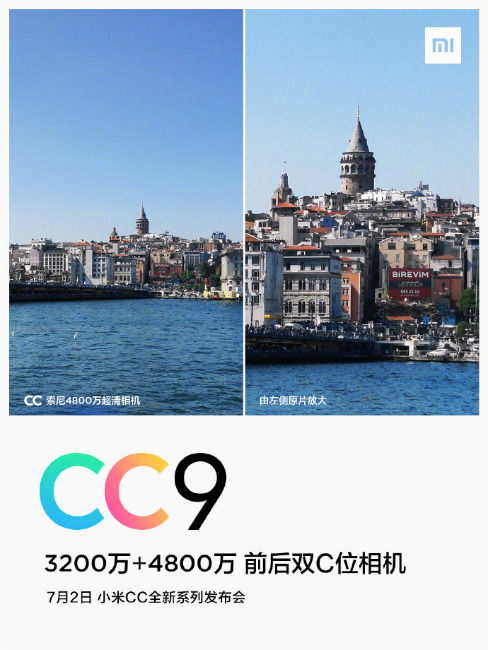 When it comes to other specifications, media reports have claimed that the CC9 will sport a 6.39-inch FHD+ AMOLED panel, and an in-display fingerprint sensor. Under the hood, the phone will pack the Qualcomm Snapdragon 730 chipset. It could launch at a starting price of CNY 2,599 Yuan (approx Rs 26,000).