Xiaomi 11 Lite NE 5G is all set to launch on September 29 in India but the pricing has allegedly been leaked already. The phone made its debut alongside the Xiaomi 11T series just last week and it is arriving in India by the end of this month. The Xiaomi 11 Lite NE 5G has the same thin and light build as the Mi 11 Lite which launched in June in India, making it one of the lightest and thinnest phones available to buy right now.

As per popular tipster, Debayan Roy, the Xiaomi 11 Lite NE 5G will be priced starting at Rs 21,999 in India for the base variant with 6GB RAM and 128GB storage. There will be two more storage options to choose from 8GB+128GB and 8GB+256GB. The 11 Lite NE 5G will be offered in four colours as per Debayan, with one of the colourways getting a delayed-release. However, before we get too excited about the leaked price of the device, it will be important to remember the Xiaomi 11 Lite NE 5G was recently launched in select global markets, starting at a price of 369 euros ( approx Rs Rs 32,000). As such, it won't be too much of a surprise if the phone's India price ends up being much higher than that leaked by the tipster.

Furthermore, Debayan claims that Xiaomi will discontinue the 8GB version of the Mi 11 Lite 4G which is priced at Rs 23,999, likely to accommodate the 11 Lite NE 5G. He also says that the price of the 11 Lite 4G will be slashed and the 6GB RAM version will be available at Rs 19,990 after the launch of the 5G version. 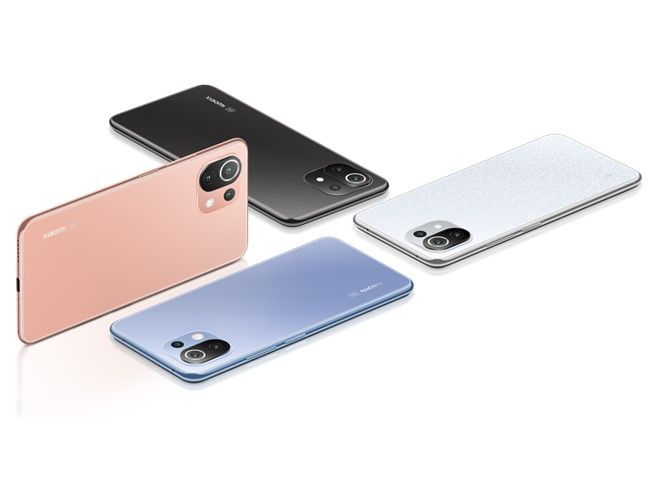 Since the phone has already launched globally, we know the specifications on offer. The 11 Lite NE 5G measures 6.8mm and weighs just 158 grams, making it slimmer than the latest iPhone 13. It is also IP53 rated which makes it resistant to dust and makes it splash-proof.

The Xiaomi 11 Lite NE 5G has the same display as the 4G version. It is a 6.55-inch Full HD+ AMOLED display that supports upto a 90Hz refresh rate and is HDR10+ certified. There is a punch-hole notch cutout that has a 20MP selfie camera.

The 11 Lite NE 5G is powered by the Qualcomm Snapdragon 778G chip with an octa-core CPU and Adreno 642L GPU.

The cameras are also the same as the 4G version headlined by a 64MP primary camera, an 8MP ultra-wide camera with 119-degree FOV and a 5MP telephoto macro camera.

The battery also remains the same with a 4,250mAh cell that supports 33W fast charging.