Oppo has released a new teaser video on Weibo which shows the R17 Pro with a “Waterdrop” notch, dual-tone back panel and an edge-to-edge display with a chin. 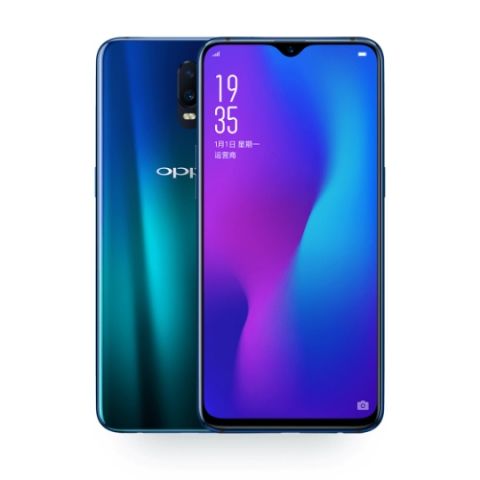 Oppo has been making many headlines these days. First, it split up with its online-exclusive brand Realme, then it started teasing its F9 smartphone in India, and made the R17 official in China. Now the company has released a new teaser video on Weibo that shows the R17 Pro smartphone sporting a triple-rear camera setup with variable aperture.

The triple camera concept was introduced by Huawei in its P20 Pro smartphone, while Samsung first launched the variable aperture technology in the Galaxy S9+. The Oppo R17 Pro seems to have taken cues from both these devices, but it is still unclear whether all the cameras on the phone will have variable aperture or not. The video shows that all the three camera sensors at the back of the phone will be stacked vertically in the centre of the panel followed by a dual-LED flash. The wide-angle lens at the rear is expected to come with a variable aperture, allowing the camera app to switch between f/1.5 and f/2.4 aperture.

Since there is no visible fingerprint sensor on the phone, it is expected that the R17 Pro will feature an in-display fingerprint sensor. According to a report, apart from the gradient back option, Oppo is also offering a matte back version. The Oppo R17 Pro is expected to feature a 6.4-inch AMOLED display with a water drop notch design, a 1080 x 2280 Full HD+ panel with a 19:9 aspect ratio and 91.5 percent screen-to-body ratio. Under the hood, the Oppo R17 Pro may run on a 10nm Qualcomm Snapdragon 710 chipset (the R17 has the Snapdragon 670 chipset).

In terms of camera, not much is known about the lenses but speculation is rife that the R17 Pro will sport a 25MP snapper at the front with an f/2.0 aperture and AI-powered beauty mode. The R17 also comes with the same front shooter.

The Oppo R17 is protected by Corning Gorilla Glass 6 and comes with an in-display fingerprint sensor. It sports a 6.4-inch full-HD+ display with a 91.5 percent aspect ratio with a relatively small notch on top. It is powered by the recently announced octa-core Qualcomm Snapdragon 670 SoC, coupled with 8GB RAM and 128GB of internal storage. The new 10nm processor is built to power AI-centric tasks, and comes with the Qualcomm Kryo 360 CPU, Qualcomm Spectra 250 dual-cam ISP, Qualcomm AI Engine, Adreno 615 GPU and Snapdragon X12 LTE modem. Coming back to the R17, it runs ColorOS 5.2 based on Android Oreo and is powered by a 3,500mAh battery, which supports the company’s own VOOC technology. The charging tech is said to deliver two hours of talk time with just five minutes of charge. In terms of optics, the Oppo R17 is equipped with a 16MP primary and a 5MP secondary sensor on the rear with an LED flash module. On the front is a 25MP Sony IMX576 sensor with a f/2.0 aperture lens.

The Oppo R17 will launch in China on August 23 at an event in Shanghai. Rumors suggest the R17 series could start at 2,999 yuan (approx Rs 30,500) in China. Naturally, the R17 Pro variant can be expected to be priced higher.