The smartphone was supposed to launch in April in the US and in May, in Korea. 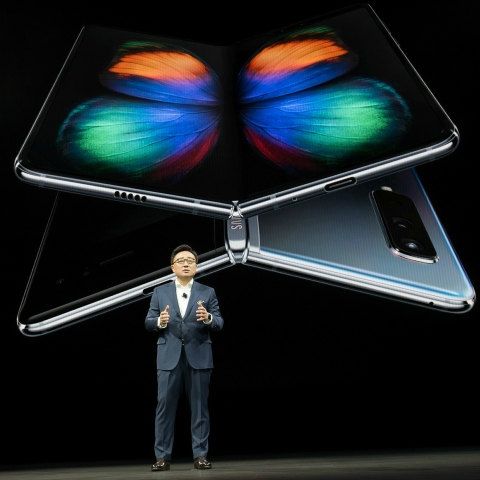 The Launch of Samsung’s foldable smartphone, Galaxy Fold, was delayed indefinitely after a fiasco with some of the device’s initial review units. The handset’s inner display malfunctioned for some early reviewers who were using the handset and the company started investigating the cause. Now, it seems like Samsung has finally figured out and fixed what the issue was as the 5G variant of the Galaxy Fold has been spotted on FCC’s website. The handset has cleared the Electromagnetic compatibility report, which is a test to certify that a device doesn’t emit too much electromagnetic waves so as to interfere with other devices.

Just a week ago, Samsung announced that the company has resolved “most” issues plaguing the Galaxy Fold smartphone. “Most of the display problems have been ironed out, and the Galaxy Fold is ready to hit the market,” said Samsung Display Vice President, Kim Seong-cheol. The device is said to be ready for launch but there's still no definitive date. The Galaxy Fold was initially scheduled to hit the shelves in April in the US and in May in Korea but due to the issues, it was deferred to July.

Samsung has already confirmed that its Galaxy Fold will also be made available in India. The Galaxy Fold is powered by the Samsung Exynos 9820 but its 5G version runs on the Qualcomm Snapdragon 855 platform paired with the chip makers X50 modem. The smaller display on the Samsung Galaxy Fold is 4.6 inches in size and is an HD+ Super AMOLED panel with an 840x1960p resolution. When unfolded, the device turns into a 7.3-inch tablet with a "Dynamic AMOLED display" that has a resolution of 1536 x 2152 pixels. The handset comes equipped with 12GB RAM and 512GB of UFS 3.0 storage. It is backed by a 4380mAh battery.