The smartphone is confirmed to feature dual rear cameras with a 48MP main sensor.

The new phone is most likely the Redmi Note 7 that was launched in China with Samsung’s 48MP GM1 sensor. 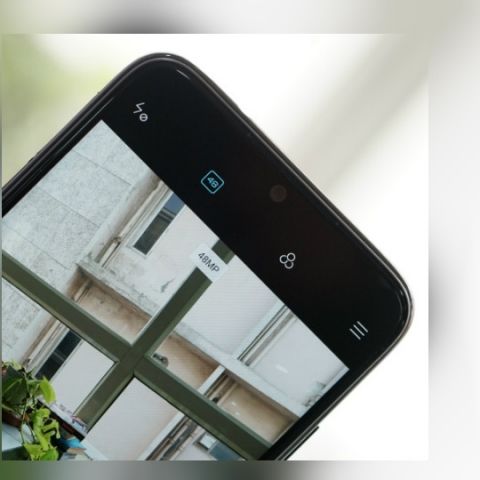 Xiaomi seems to be on a roll with its smartphone launches. While it is yet to announce any Mi branded smartphone in India, it launched the Redmi 7 series, the Redmi Note 7 series and the Redmi Y3 in a span of one month. The company recently took a jab at OnePlus and teased the launch of its ‘Flagship Killer 2.0’ smartphone, which is expected to be the Redmi K20 with the Snapdragon 855 chipset, that could also be rebranded as the Poco F2. Now, Redmi has announced that it will launch a new handset called the Redmi Note 7S in India on May 20. The upcoming phone is confirmed to feature a dual camera setup where one of the sensors is capable of clicking 48MP images.

The announcement comes via a Tweet, which states, “This is the #RedmiNote you've been waiting for! #RedmiNote7S with a Super #48MP camera is coming on 20th May!” Currently, the Redmi Note 7 Pro (review) is the company’s only phone to feature a 48MP camera. The handset employs the Sony IMX 586 sensor to capture 12MP binned images until one switches over to a special mode to capture photos with 48MP resolution. Our guess is that the Redmi Note 7S is the rebranded Redmi Note 7 that was launched in China with Samsung’s 48 MP GM1 sensor, but we shall wait for official details before jumping to conclusions.

This is the #RedmiNote you've been waiting for! #RedmiNote7S with a Super #48MP camera is coming on 20th May!

Sharing the news on the Mi Community forum, Xiaomi wrote, "We know that you love Redmi Note series, and it shows in numbers, Redmi Note 7 series has already sold 2Mn+ units since its launch in March. So we have decided to get you both #RedmiNote as well as #48MP in our upcoming Redmi Note 7S."

Xiaomi recently tried to drive up the hype for its Redmi Note 7 smartphone by sending it to space. We bring this up as the unit sent to space captured some images of the Earth and the new Redmi 7S’ launch has been teased with a similar image of the Earth is in the backdrop. While it's still speculation on our part, it’s likely that the company is rebranding the Redmi Note 7 with the 48MP GM1 sensor to launch it in India as the Redmi Note 7S.